After more than 100 years of innovation — and many false starts — electric cars are finally driving forward. 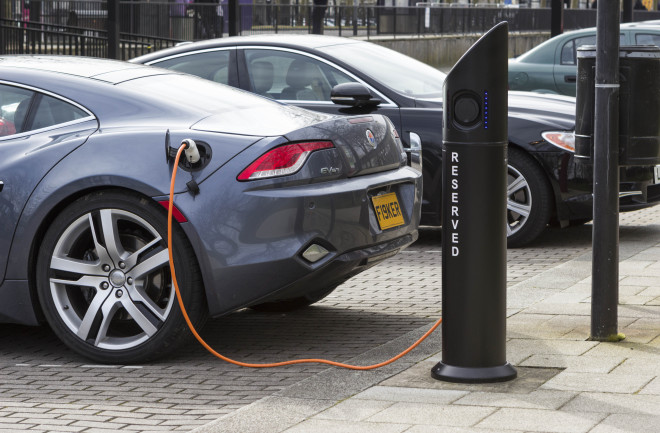 Long before Instagram influencers and Twitter, there was the Vagabonds, circa 1915. The exclusive group of tycoons included Henry Ford, Thomas Edison, Harvey Firestone and sometimes a U.S. president or two, gallivanting across the country.

Together, they caravanned each summer in a fleet of Ford Model Ts — support staff, photographers and journalists in tow, broadcasting the dawn of the recreational road trip. The annual drives flourished for a decade until 1924, when the men had become too famous to frolic in public.

These trips gave Ford and Edison, who had developed two electric vehicles together, the opportunity to discuss a vision of the future: combine Ford’s assembly line with Edison’s battery to make affordable, battery-electric cars. The U.S., after all, teemed with electric vehicles (EVs) for a brief time in the early 1900s. Ford even bought one for his wife, Clara, because his own Model T was dirty, difficult to start and generally less reliable. Ultimately he committed to fossil-fuel combustion for his revolutionary cars, and Edison’s former employee Nikola Tesla went rogue to revolutionize battery technology on his own. Notably, the burgeoning EV market failed to overcome infrastructure and travel range limitations.

More than a century later, EVs are making a seismic comeback. Sales are expected to rise 53 percent in the U.S. this year, growing at an exponential clip. Elon Musk may have stoked fresh demand 10 years ago with the debut of the Tesla Model S sedan, but now the biggest vehicle-makers are placing 10-figure bets on an electric future. The technology is finally beginning to define luxury cars and SUVs. And car manufacturers have invested a collective $330 billion through 2025 into electric technology, according to global consulting firm AlixPartners. These factors — combined with a raft of new EV credits in the historic U.S. Inflation Reduction Act passed this summer — suggest EVs are advancing from niche product to mass market.

Ready or not, this year marks the confluence of three significant forces — technology, infrastructure, and legislation — that Ernst & Young analysts say will have electric engines outselling their gas-powered counterparts in cars worldwide by 2033.

Demand for a rebrand

While the desire to cut fossil fuel emissions drives plenty of demand, consumer studies in recent years suggest that the price of gas has not yet been a key factor in the decision to buy an EV. Currently, sales and demand are fueled by the expansion of electric options in the automotive market’s fastest-growing segments: SUVs and luxury cars.

“For many years, EVs from legacy automakers tended to be small hatchbacks that weren’t really aspirational or desirable,” says Ed Kim, president and chief analyst of research firm AutoPacific.

“Tesla was the only automaker making compelling EVs, and that’s why they have ruled the EV sales charts for so long.”

Now, even the unlikeliest of vehicles are rebranding as electric models. After a 13-year hiatus, General Motors is re-launching its hulking Hummer SUV as a pure EV, along with an electrified version of its popular Silverado pickup. The Ford F-150 truck, the brand’s top-selling nameplate for more than four decades, now has an electric version, too: the F-150 Lightning, which President Joe Biden took for a test drive last year. These milestones have emerged alongside record-blasting investment in electric across the market.

Ford, for its part, said it plans to spend $50 billion to help it produce 2 million EVs annually starting 2026. Volkswagen Group, which includes Bentley, Lamborghini, and Porsche, has pledged $100 billion. Its Audi brand has committed to electrifying 30 percent of its U.S. lineup by 2025. This includes plug-in hybrids, which bridge the gap between traditional cars and EVs by traveling a short distance on electricity before drawing power from its gasoline supply.

“We are at the point where EV sales are taking off due to regulations, availability and consumer enthusiasm,” says John Loehr, a managing director in the automotive and industrial practice at AlixPartners.

Globally, the U.S. has been slower to adapt than Europe. The British government is investing roughly $2 billion to build enough charging stations to meet its goal to phase out new combustion-engine cars by 2030. President Biden has responded by setting a 2030 goal to electrify half of new vehicles sold domestically.

But two major pieces of legislation passed in August to accelerate EV adoption across the U.S. The $740-billion federal Inflation Reduction Act, which targeted clean-energy investment, has unlocked tens of billions of dollars in credits and incentives for consumers and domestic producers of EVs. Shortly after that news this summer, California approved a bold policy to ban the sale of new gas-engine vehicles by 2035.

To date, infrastructure continues to present bumps in the road to full electrification. Developing a network of charging stations strong enough to support the onslaught of EVs has proven a daunting challenge — one that first doomed electric car startups in Edison and Ford’s day. Even when a driver today is able to locate a charger nearby, it may be unavailable or in disrepair; and topping off the battery takes much longer than a quick fuel stop.

“For the past decade, EV sales have been low and the number of charging stations across the country have been limited,” says Jessica Caldwell, executive director of insights at car shopping site Edmunds. “But since we expect to see accelerated growth through the next decade, charging must rise to meet demand.”

Meanwhile, running out of power is a real concern for consumers, especially in the event of road trips and long-haul travel. “They call it ‘range anxiety,’ ” Loehr says of the perennial driver concern. Manufacturers are finally responding with vehicles that promise 300-plus miles of range.

The companies behind the charging networks are also stepping up. ChargePoint, the industry behemoth with more than 18,000 locations in the U.S. and Canada, is partnering with Starbucks and Volvo to install charging stations in parking lots and strengthen the infrastructure network along popular routes. Shell, the second-largest EV charging company, plans to operate 500,000 chargers nationwide by 2025, and has already installed roughly 100,000. Another oil company, BP, said it will manage 70,000 public charge points by the end of the decade.

Meanwhile, Volkswagen Group subsidiary Electrify America plans to expand its portfolio of charging stations and fast chargers across the country. Tesla, of course, has its own Supercharger network for Tesla owners to top up quickly.

EVs are still significantly more expensive than gas-engine cars — the battery generally costs $10,000 more than an internal combustion engine — but the billions of dollars going toward research and development is likely to reduce the cost over the next decade. The surge of these cars also demands a new cohort of mechanics to repair them.

Then there are the materials. This year, geopolitical and supply constraints have pushed delivery dates for some EVs far into the future, with customers waiting a year or more for their cars. Certain materials needed to build lithium-ion batteries were already in short supply, then the conflict in Ukraine exacerbated the shortage, forcing automakers to look elsewhere for the lithium, cobalt, nickel, graphite and manganese. Automakers are now scrambling to source those materials from other corners of the globe.

The lingering COVID-19 pandemic in China also forced Tesla, Volkswagen, Toyota and other automakers to idle their largest EV plants in Shanghai to comply with sporadic mandated lockdowns.

In the meantime, American garages could start to look more like Henry and Clara’s. Unless two-car households can scale back to one electric vehicle, the tableau may include a Chevy Tahoe built for family road trips alongside a Tesla tethered to its charging port.

How does an EV work?

Just like smartphones or tablets, electric cars draw their power from lithium-ion batteries, which are recharged by plugging into the power grid. An internal combustion vehicle may require a gas station pit stop to refuel once or twice a week, while a drained EV can fully charge overnight in your garage.

An electric vehicle’s battery pack typically consists of many smaller modules that each house hundreds of individual battery cells. The energy harnessed from these cells is channeled to a traction inverter, which converts DC to AC power to fuel the car’s specialized motor.

In lieu of the multispeed transmission in a combustion engine, a small EV transmission produces enough torque across a wide range of speeds for the car to accelerate quickly using a single gear. The engine produces torque all the way down to zero-speed, conveniently eliminating the need for a clutch or torque converter.

This simplification means that the entire EV drivetrain contains roughly 1 percent of the moving parts you’ll find inside its internal-combustion counterpart. Maintenance requirements, therefore, are dramatically reduced. The lack of a fuel-burning engine and the associated exhaust system also means that EVs create far less heat (as well as emissions), allowing for creative drivetrain packaging and often additional storage space beneath the hood of the car.