What We’re Learning from the World’s Oldest Calculator 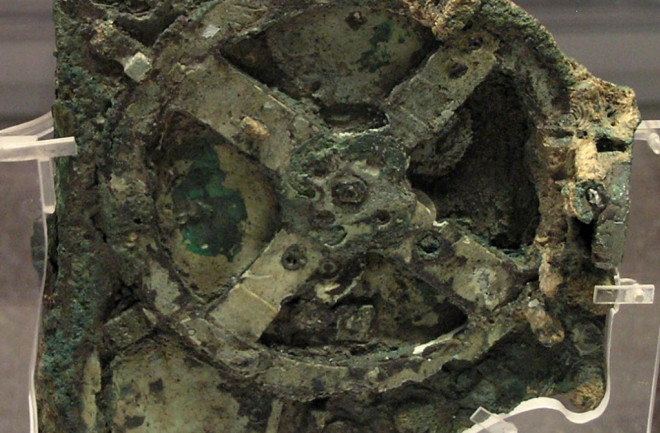 When we talk of the history of computers, most of us will refer to the evolution of the modern digital desktop PC, charting the decades-long developments by the likes of Apple and Microsoft. What many don’t consider, however, is that computers have been around much longer. In fact, they date back millennia, to a time when they were analogue creations.

Today, the world’s oldest known “computer” is the Antikythera mechanism, a severely corroded bronze artifact which was found at the beginning of the 20th Century, in the remains of a shipwreck near the Mediterranean island of Antikythera. It wasn’t until the 1970s that the importance of the Antikythera mechanism was discovered, when radiography revealed that the device is in fact a complex mechanism of at least 30 gear wheels.

The mechanism has since been established as the first known astronomical calendar, a complex system which can track and predict the cycles of the solar system. Technically, it is a sophisticated mechanical “calculator” rather than a true “computer”, since it cannot be reprogrammed, but nonetheless an impressive artifact.

Since 2004, an international collaboration has applied modern imaging methods to probe the mechanism’s structure and function. These techniques have now revealed many of the texts on its surfaces and even much of the inscription which was buried inside the remaining fragments, as a result of damage during and after the shipwreck.

So what do we know about the mechanism? And what has the deciphering of the texts added?

When first made, the mechanism was about the size of a shoe box, with dials on both its front and back faces. A handle or knob on the side of the box enabled the user to turn the trains of gears inside — originally there were considerably more gears than the 30 that still survive. On the front, pointers showed where the sun and moon were in the sky, and there was a display of the phase of the moon. On the rear, dials displayed a 19-year cycle of lunar months, the 18.2 year Saros cycle of lunar and solar eclipses, and even a four-year cycle of athletic competitions including the Olympic games.

The inscriptions are thought to have been a description for the user of what it was they were viewing as they operated the mechanism. However, the newly published texts add more to what we know of the mechanism: they establish that the positions of the five planets known in antiquity were also shown – Mercury, Venus, Mars, Jupiter and Saturn.

The planets were displayed on the machine in a way that took account of their rather irregular “wanderings” about the sky. Such a display had been suspected, and the confirmation reinforces that this was a very sophisticated and quite complicated device. The actual gear trains needed for the display of the planets are missing – presumably lost in the shipwreck – but we know from the very ingenious way that the sun and moon drives are designed and constructed that the makers of the mechanism certainly had the skills necessary to make the planetary drive.

The newly uncovered inscriptions include passages about what stars were just becoming visible — or about to be lost in the glare of the sun — at different times of year. The style of these passages is very close to that of a well-known astronomical text by Greek astronomer and mathematician Geminos from the first Century BC. Not only does this tie in perfectly with the presumed date of the shipwreck (around 60 BC), but also the latitude — which is implied by stellar data to be mid-Mediterranean — which would fit nicely with the mechanism originating on the island of Rhodes, from where there is a contemporary historic record from the writer Cicero of such devices.

Some mysteries still remain, however. It is still not clear exactly what such a mechanism was actually for. Was it some kind of teaching device? Would it have had any religious significance? Was it a prestigious “toy”? The latter interpretation is seeming less and less likely. This was a serious bit of kit, with a very detailed astronomical description.

The mechanism is basically an astronomical device, which bears witness both to the Greeks’ astronomical knowledge and their extraordinary, and rather unrecognized, mechanical design skills. One other small detail may hint at its integration into our ancestors’ view of the wider world too. Some of the texts seem to be discussing the possible colors of eclipses, which might be interpreted in the context of whether the eclipse was a good or bad omen. It must be emphasized that this is the only astrological reference found on the mechanism though, despite careful searching.

To understand the Antikythera mechanism, what is really needed is more artifacts or texts on mechanical devices from the classical era. Unfortunately the recycling of valuable metal, both in ancient and medieval times, has resulted in nearly all mechanisms being destroyed. There is always the possibility that another device or text might turn up at an extensive archaeological site like Pompeii or Herculaneum, but probably the best bet for hardware remains classical-era shipwrecks.

Divers have returned to the Antikythera wreck this year, so perhaps the missing parts of the planetary display will turn up. An enticing possibility is that the Antikythera mechanism was on the ship because it was being delivered to a customer. The mechanism was not, as sometimes claimed, a navigational device and navigation was not the reason for its presence. If one device was being delivered, might there be more – if not on this ship, then perhaps on others from Rhodes? New devices might help indicate how widely geared technology developed, before almost completely disappearing from view in the rather obscure period that lasted from 500AD until the sudden blossoming again of gearwork in the era of the medieval cathedral clocks from about 1180AD, well over a millennium after the Antikythera mechanism.