What War on Drugs? U.S. Has Highest Cocaine Use in 17 Countries 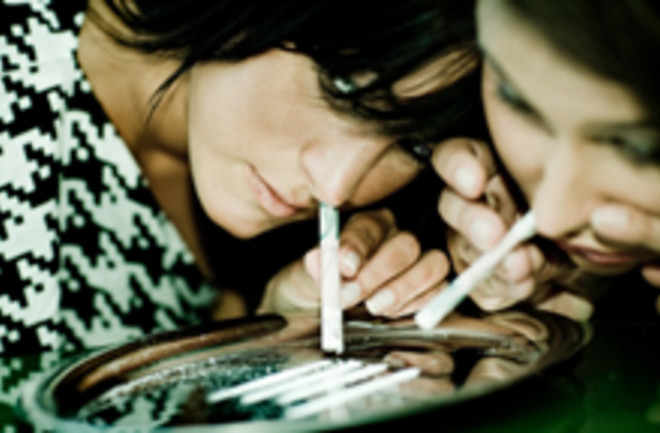 Thirty-seven years and around $500 hundred billion after Nixon declared the War on Drugs officially on, it's been officially panned as a massive flop. And to sprinkle a little salt in the wound, a new survey indicates that the U.S. has the highest levels of illegal cocaine and cannabis use among 17 countries, including Japan, the Netherlands, France, and China. The study, led by Louisa Degenhardt of the University of New South Wales in Sydney, used results compiled from 54,068 participants in the WHO's Composite International Diagnostic Interview. In the U.S., 16.2 percent of respondents reported using cocaine in their lifetime. The next highest level was New Zealand, with 4.3 percent—well under a third as much use. Cannabis use in the U.S. was at 42.4 percent, followed by New Zealand's 41.9 percent. Given that the results were based on interviews, it's possible that respondents in other countries were less honest about their drug use (or that people in the U.S. were prone to exaggeration). But overall, the authors noted that respondents in countries with tighter anti-drug laws didn't report less drug use than countries with more liberal policies. In fact, in some cases the opposite was true: The Netherlands, known for its legal coffee-shop hash, reported only 1.9 percent cocaine use and 19.8 percent cannabis use—a result that's documented by other sources as well. It's hardly a surprise to hear that all the money and resources and law enforcement efforts and strict prison sentences we've thrown at the supply side of drugs has put nary a dent in availability. But now we have it straight from users' mouths (and noses) that the demand side is stronger than ever. Perhaps it's time to start reallocating all those resources towards the side that matters. Image: iStock