We'll be All Set When the Space Invaders Come Then 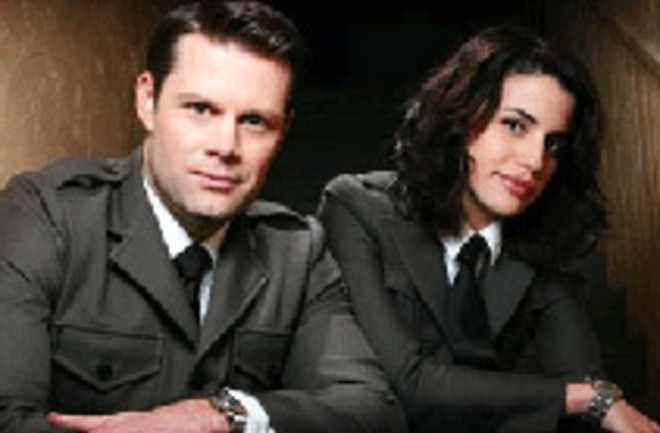 ABC Family's new science-fiction comedy The Middleman (the pilot is available for free on iTunes) has a good shot at being a cult hit, or a least a guilty pleasure—it's rapid-fire cultural references, charming cast, and tongue-jammed-firmly-in-cheek tone overwhelm the cheesiness of the low-budget sets and deliberately over-the-top scripts. The central premise is that a Men-in-Black-style superhero, the Middleman, has recruited Wendy Watson, a struggling artist working temp jobs, to be his sidekick. One of Wendy's main qualifications? The Middleman figures her hours spent shooting XBox baddies with a light gun has given her a quick-draw and aim to rival Wild Bill Hickok's. It's not a new idea in science fiction -- video games surreptitiously or incidentally preparing young heros for real combat, with the 1984 movie The Last Starfighter being the prototype for the trope. It's also an idea that had a pretty smooth and swift transition to the real world: in 2002 the U.S. Army launched America's Army, a free First Person Shooter with production values that rival any commerical game's. The game is designed to promote team play and is modelled on what a soldier would experience during training, rather than the elite-lone-wolf-warrior-blazing-guns-throughout-a-villian-filled-level style of most games, and the Army makes no bones about using the the game as a recruitment tool. Do other games teach real-world skills? Certinaly, the line between flight simulation games and flight simulators used for training is now quite blurred -- for example X-Plane comes in both a home version and a version that pilots can use to train towards various FAA-certificates. The flight software in each version is the same -- it's just that the official training version works with simulation hardware somewhat more sophisticated than a PC keyboard and a mouse. Nor can we forget Guitar Hero: if the secret vulnerability of the aliens bent on world conquest happens to be an aversion to air guitar, we'll be all set. (What? It's no worse an idea than someotherultimateweaknesses.)