Weird App Morphs Music to Match the Picture on Your iPhone 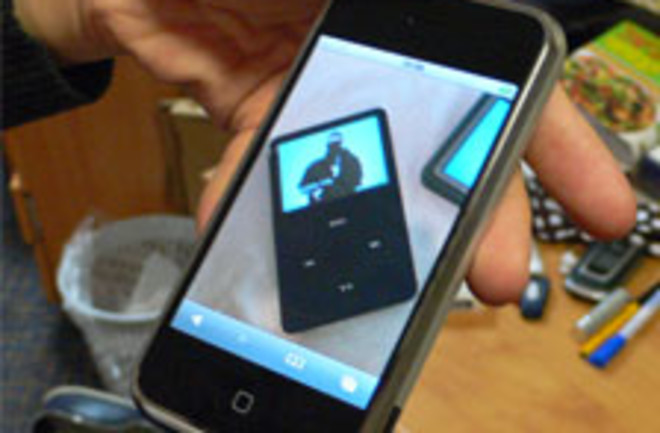 Imagine flipping through pictures on your iPod as you listen to the Beatles' Yellow Submarine, but instead of hearing the Fab Four's familiar tune, something slightly different tickles your eardrums---and it changes with each snapshot. The tempo slows when you view a Rembrandt still life, the volume goes up with the blurred image of a headbanger, and creepy laughter resounds as you look upon a dark, moonlit landscape. This is more or less what a new iPod and iPhone software application aims to do, filtering and slightly modifying songs depending on what's showing on your screen. As Apple explained in a patent it published last week, they've developed an algorithm that looks at image data and determines "one or more characteristics," such as "sharpness, brightness, motion, magnification, zoom setting," and others. Next, an audio processor translates these photo observations into variations in tempo, volume, and pitch---adding its own sound effects to boot. The end result is a music experience that's fully integrated with your photo album (and some would argue, as gratuitous, stupid, and insanely fun as Apple's Photo Booth software). And it doesn't stop there.Other data, including GPS positions and accelerometer outputs, can also be linked to your audio output. Imagine hearing "Penny Lane" every time you walk down Main Street, or the theme to Rocky as you go up stairs. Wherever you happen to be, regardless of whether you're walking, trotting, jumping, or skipping, you can have your own personalized music experience, a theme song that's always appropriate---or not, depending on how well it works. For the moment, the idea exists only as a patent, but maybe if you email the great Jobs, he'll make it real-like. Related Content: DISCOVER: Will Your iPod Turn on You? 80beats: New "Nanogenerator" Could Power Your iPod With Your Own Movements 80beats: Generation iPod: Young'Uns Spend 53 Hours a Week Consuming Media The Loom: An iPod in Your Head