Watson, an IBM Supercomputer, Could Be the Next "Jeopardy!" Champion 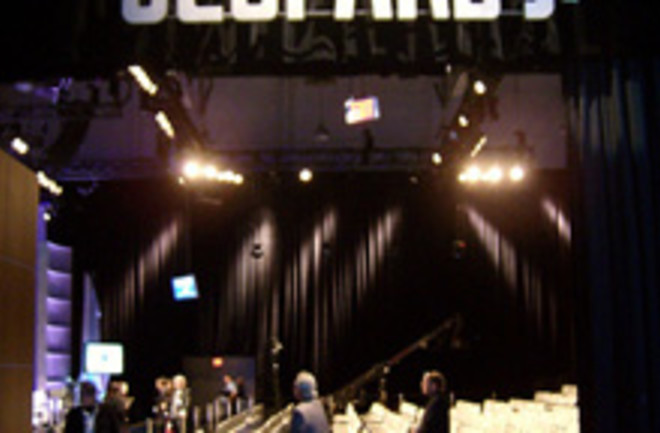 A computer is being prepared to compete in the quiz show Jeopardy, and if its developers at IBM have their way, it could well become the next great contestant to beat. The computer, called Watson, will have to interpret the question, process puns and other word games, search through its database and determine the correct answer, all within less than a second—the reaction time of "Jeopardy" players [PCMag.com]. Its developers are aiming not at a true thinking machine but at a new class of software that can “understand” human questions and respond to them correctly. Such a program would have enormous economic implications [The New York Times]. Watson will not be connected to the Internet, and instead will have to rely on its own content database--just as a human contestant must rely on her own store of knowledge. David Ferrucci, leading artificial intelligence researcher for the project, said, "The big goal is to get computers to be able to converse in human terms.... And we’re not there yet" [The New York Times]. IBM is trying to design the computer with the ability to consider solutions and then decide which to prioritize and which to discard. It's also an interesting test of what search is evolving towards: not just matching keywords, but trying to intuit what the questioner is also asking. Getting to the heart of the question is also a part of what's known as "business intelligence," or trying to find the interesting needles in a haystack of seemingly random data [PCMag.com]. Watson is expected to improve upon IBM's successful Deep Blue program, which beat—though the results were controversial—world chess champion Gary Kasparov in 1997. For the upcoming competition, IBM negotiated rules with Jeopardy producers that will allow the computer to receive questions via electronic text, which the human contestants will also be allowed to see in addition to hearing the questions spoken by host Alex Trebek.

Watson will likely have an electronic connection to the Jeopardy! system for buzzing in, as there is no planned robotic or mechanical component [Scientific American].

However, Watson will read out his own answers with a voice synthesizer. IBM says it may stage a few sparring matches this year, but asks viewers to stay tuned for the final man versus machine showdown in 2010. Related Content: Discoblog: First Chess, Now Poker? Computer Programmers Try to Crush Human Competitors DISCOVER: Deeper Blue?Image: Flickr / JoeDuck