Watch This: By Acting as a Plug, This Giant Water Balloon May Keep Subways Dry 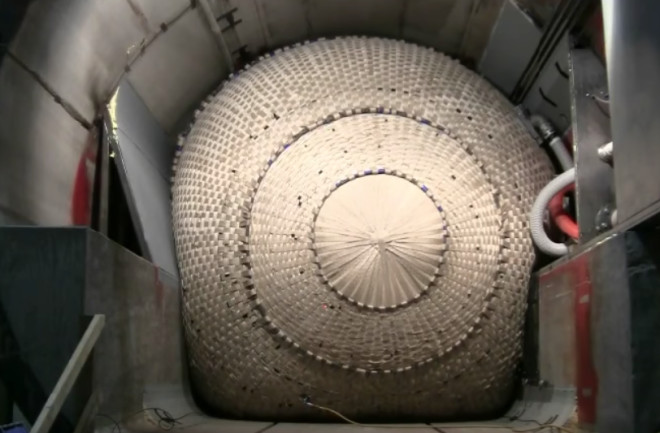 Subway flooding was responsible for millions in damage during Hurricane Sandy, but an emerging technology may be able to prevent such soggy situations in the future. This 32-by-16-foot balloon, featured in the NYTimes recently, can be filled with air or water to seal off a tunnel.

The prototype of the inflatable plug has an outer webbing of liquid-crystal polymer fiber; the inside layer uses the same fiber and is reinforced with polyurethane to create a better seal.

Researchers say the technology is still a year or two from release. The plug holds promise for preventing future flooding, but at $400,000 a pop, they would be a pretty pricey preventative measure.