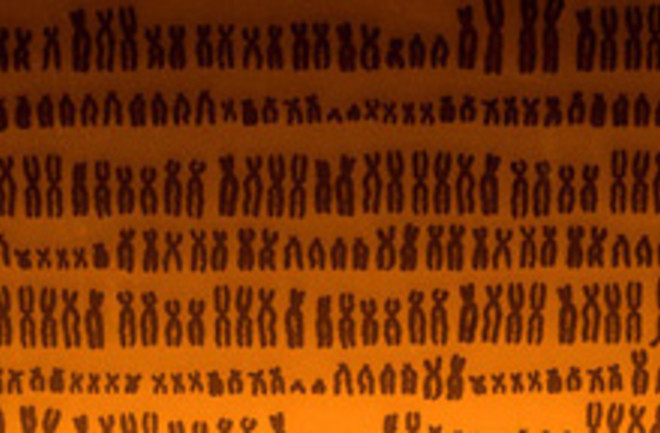 "People ordered genomes for Christmas" [The New York Times], says the chief executive of the personal gene-sequencing company Knome, commenting on the recent increased demand for his company's services. Now, Knome is partnering with the non-profit X Prize Foundation to auction its complete genome scan service on eBay. Bidding will open at $68,000—far below Knome's current price of $99,000. The auction starts Friday and will continue for 10 days. The highest bidder will walk away with a full readout of their gene map, along with a complete interpretation of their genetic details [CNN]. The auction is essentially a publicity stunt [The New York Times] for the company, and is set to begin Friday in order to coincide with DNA Day, the anniversary of the discovery of the double helix structure. Proceeds will benefit the X Prize Foundation, an educational institute offering a $10 million prize for the sequencing of 100 genomes in 10 days for less than $10,000 per genome. Knome and other personal genetics companies claim that besides identifying risk of diseases, sequencing can also determine an individual's potential reaction to certain drugs and pick out those that may be ineffective or even toxic.... Genomics plays a critical role in the move towards personalized medicine [CNN]. But despite the proliferation of companies offering consumers a peak at their DNA, many experts say that

at present the information has little value — even for a low-ball bid of $68,000. Just last week, experts writing in The New England Journal of Medicine acknowledged that scientists still know very little about which genetic variations contribute to the risk of common diseases [The New York Times].

The price of mapping a complete genome has plunged over the past decade as technology and methods have improved. The winning eBay bid will surely be a deep discount from the $350,000 that Knome (pronounced like gnome) was charging for a personal genome as recently as last year [The New York Times]—a pricetag itself much lower than the $3 billion that the sequencing of the first human genome cost in 2003.  Related Content: 80beats: Get Your Genome Sequenced—Now 95% Off 80beats: Rough Draft of the Neanderthal Genome is Complete!