Visual Science: The Achilles Heel on Michelangelo's David: His Shin

3-D scanning shows where the statue is most stressed—and where it will probably fail. 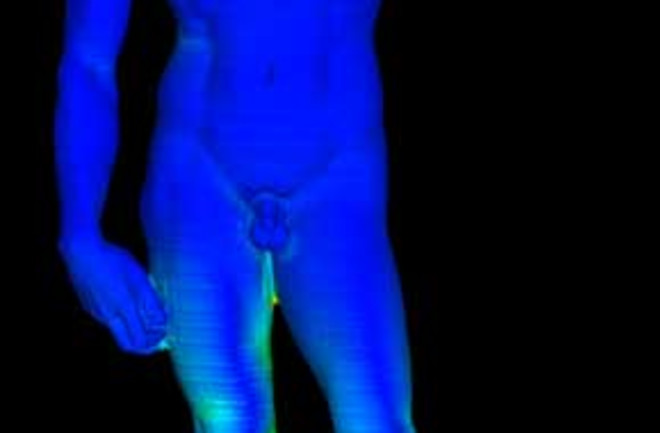 THE MOMENT: A computer model highlights weak points on Michelangelo’s David. The model’s stress distribution—with red indicating the highest stress and purple the lowest—was calculated according to the statue’s shape and the properties of its stone. It suggests that the four centuries David spent leaning forward in an earlier mounting contributed to the cracks evident in both legs. University of Wisconsin computational engineer Vadim Shapiro says the technology used to analyze David could help in the design of human joint replacements that distribute stress to bones in a natural way.

THE SHOT: David was modeled to a precision of one-hundredth of an inch by projecting a line on the sculpture with a laser and combining 7,000 digital photos taken with a custom 3-D scanner.