Using X-Rays To Do Cruelty-Free Dissection 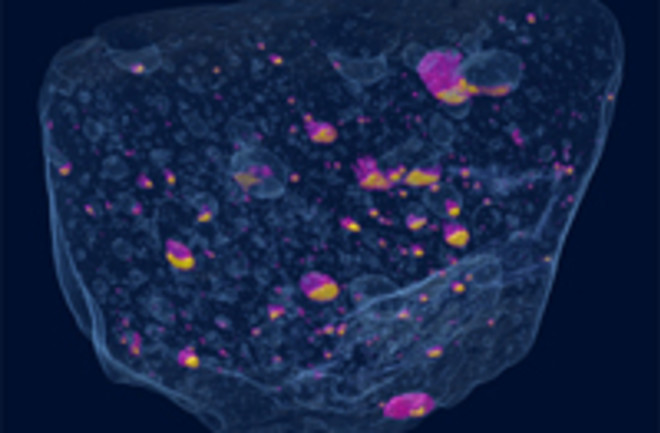 For such a small, dainty fish, a sea horse eats like a high-powered Hoover, sucking up water through its snout, its head expanding in less than one-hundredth of a second to accommodate the influx. To probe this specialized feeding system, Dominique Adriaens, director of the Evolutionary Morphology of Vertebrates group at Ghent University in Belgium, turned to a technology that a growing number of researchers are taking advantage of—high-resolution X-ray computed tomography. This “virtual dissection” machine works like a hospital CAT scan, but instead of the equipment’s taking tens to thousands of X-rays from different vantage points as it rotates around a still patient, the X-ray beam is still and the specimen is rotated in front of it. Just like many CAT scans, the multiple two-dimensional images are assembled to create a three-dimensional image that can be rotated, sliced, and put back together—with up to 1,000 times the detail of a typical hospital CAT scan.

Virtual dissection has been used to find air bubbles trapped in concrete, to spot grains of gold locked in rock, to identify writing on crusty rolls of papyrus, and to dissect the Kennewick man. And the demand for this technology is on the rise. Scientists with objects too precious or difficult to cut apart are waiting weeks for time with the scanners at the handful of universities that have the million-dollar machines.