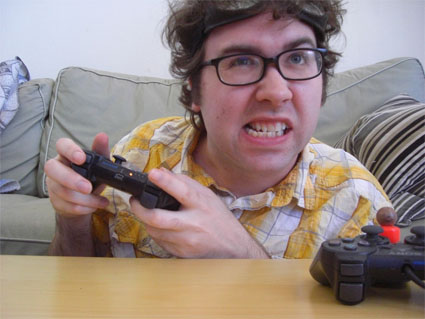 Even U.S. intelligence agents make decidedly unintelligent decisions at times. So it may not come as a surprise that the government is willing to invest in any project that could help agencies spot and correct their own decision-skewing prejudices--even if that project is a video game. Dubbed "Sirius," the anti-bias project is the brainchild of the Intelligence Advanced Research Projects Activity (IARPA), a government agency whose mission statement might as well have come from a spy novel: to invest in "high-risk/high-payoff research programs that have the potential to provide our nation with an overwhelming intelligence advantage over future adversaries." One of those overwhemlming advantages: clear, bias-free thinking. That's why computer scientists, gaming experts, social scientists, and statisticians will descend on Washington, D.C. in February to discuss the program. The focus of the Sirius project is on "serious games," or educational video games. As IARPA reports:

It takes a big agency to admit that it made an error, and an even bigger one to admit that bias suffuses its way of thinking. But the researchers behind Sirius seem assured that they are not biased about their biases. As IARPA explains:

A broad consensus exists that human decision making relies on a repertoire of simple, fast, heuristic decision rules that are used in specific situations.... When an intelligence problem invokes these biases, analysts may draw inferences or adopt beliefs that are logically unsound or not supported by evidence.

So what exactly are intelligence agents (and the rest of us, for that matter) doing wrong? Ars Technica has a helpful rundown of some of the biases IARPA is tackling:

The agency is looking to axe everything from “Anchoring Bias” (relying too much on a single piece of evidence) to “Confirmation Bias” (only accepting facts that back up your pre-made case) “Fundamental Attribution Error” (attributing too much in an incident to personality, instead of circumstance).

Video games, though, don't have the sole responsibility in correcting our secret agents' prejudice. Ars Technica

also notes that IARPA is working on computer systems that can analyze information and make decisions more objectively than humans. Related Content: Science Not Fiction: Jane McGonigal: The Gaming Fix for the Real World

80beats: Can Playing Tetris Ease the Symptoms of Post-Traumatic Stress?

Discoblog: New Video Game Teaches Soldiers How to Make Nice With the Locals