U.S. Pilots Have Had Nearly 700 Close Calls With Drones 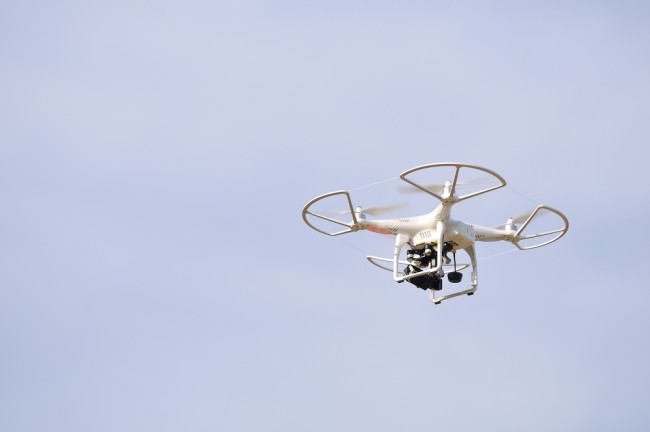 If you’re looking for today’s version of the “Wild West,” just look skyward. Consumer drones are flooding the U.S. market in a big way, and more people are flying drones than ever before. Unfortunately, airplane and helicopter pilots are seeing that trend in the worst place possible: just outside their cockpit windows. So far this year, pilots have reported more than 650 close calls with drones. That number is almost three times as many as were reported in all of 2014.

Close Encounters of the Worst Kind

The Washington Post recently obtained documents from the Federal Aviation Administration that detailed every close call pilots have had with drones. In response, the regulatory agency made its list of all drone-plane encounters public on Friday, with the following disclaimer:

Because pilot reports of unmanned aircraft have increased dramatically over the past year, the FAA wants to send a clear message that operating drones around airplanes and helicopters is dangerous and illegal.

Within the first three weeks of August alone, the FAA received 70 complaints from pilots reporting close calls with drones. Consumer drones operators are not allowed to fly higher than 400 feet, or within five miles of an airport. According to the data, reckless pilots aren’t just skirting the law, they’re stomping on it. According to an analysis of the FAA’s data conducted by the Bard College Center for the Study of the Drone, just 9.9 percent of the 617 close-call reports in which an altitude was recorded occurred below 400 feet. The average altitude of every close call reported was 3,275 feet in the air. One pilot even reported seeing a drone higher than 25,000 feet. In the 219 reports where pilots noted the actual distance between the drone and the airplane, the average distance was about 378 feet – about a football field’s length. Fortunately, in a vast majority of encounters, pilots haven’t needed to deploy evasive action to avoid a drone.

When it only takes a large bird to take down a jetliner, many people are wondering if it isn’t a question of if a drone will take down a plane, but when. It’s expected that hobbyists will purchase some 700,000 drones in the United States this year, according to the Consumer Electronics Association. That’s great for drone manufacturers, but legislators are voicing concern. Sen. Charles E. Shumer (D-N.Y.) told the Washington Post that it’s “only a matter of time” before a crash occurs. “Every day without this law increases the chances that a bad accident will occur,” Schumer said. Currently, U.S. lawmakers are mulling ways to crack down on illegal flights by giving the government more tools to locate rogue flyers and to punish them accordingly. Some options include supporting new technology that disables drones once they get too close to restricted airspace, or compelling operators to undergo training or a registration process before flying. “There’s a definite feeling that we need to do something,” an unnamed source involved in the discussions told Reuters last week. To be fair, a vast majority of drone pilots are flying legally. It’s the few bad apples that are spoiling the bunch. But in this case, those bad apples are putting people’s lives at risk.