Ups and Downs Of High-Speed Elevators 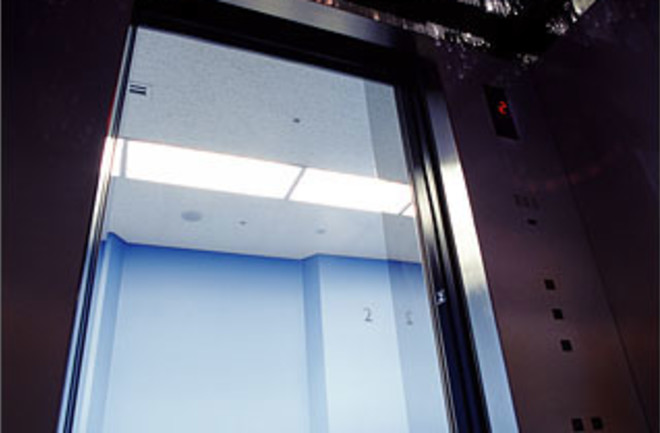 Japanese-made elevators are the fastest in the world. They are so smooth that if you were to place a coin on its edge at the start of a ride, it would still be standing when you got to the top. And they are so quiet that speedometers are included so passengers will know they are moving.

The three $4.3 million high-speed elevators (out of 79) in the Yokohama Landmark Tower, a 70-story office, shopping, restaurant, and hotel complex, are the fastest on the planet, moving at more than 41 vertical feet, or four floors, per second. A bottom-to-top trip takes less than a minute.

How do you stop a runaway high-speed elevator? The same way you stop any elevator, except with stronger equipment. If a cab exceeds 53 feet per second, ceramic brakes that can withstand more than 1,800 degrees Fahrenheit deploy automatically. If the elevator still reaches the bottom, a 36-foot-high rod with springs will cushion the fall as the rod recedes into an oil-filled tube.

To cut down on wind noise—an annoyance when elevators move faster than 16 feet per second—the cabin’s top and bottom are aerodynamically streamlined, and its walls are doubled in thickness. Further, to allow air to pass, the elevator shaft containing the three high-speed cabs is 3 to 4 inches wider and more than 30 feet deeper than those of the regular elevators.

A limiting factor in elevator speed is the strength and weight of the support cables. Longer cables are heavier, requiring more powerful motors. The 10 steel cables used in the Landmark Tower’s high-speed elevators weigh a total of 7,341 pounds. Each elevator is powered by its own 12.5-ton, 120-kilowatt gearless traction motor.

To reduce vibration, acceleration and deceleration are computer modified. Oil-filled dampers, connected by a roller guide, act as the car’s suspension, cutting down on the lateral movement caused by microscopic bends in the laser-calibrated rail. Deviation over the elevator’s entire 876-foot climb is less than .04 inch.

Computers in the soundproof motor room at the top of the shaft can sense sway caused by earthquakes or high winds and can slow or stop the elevator cab if necessary.

The world elevator speed record will probably be broken sometime later this year when the Taipei 101 Building in Taiwan is completed. The world’s tallest building, it will contain two elevators capable of speeds up to 55 feet per second.