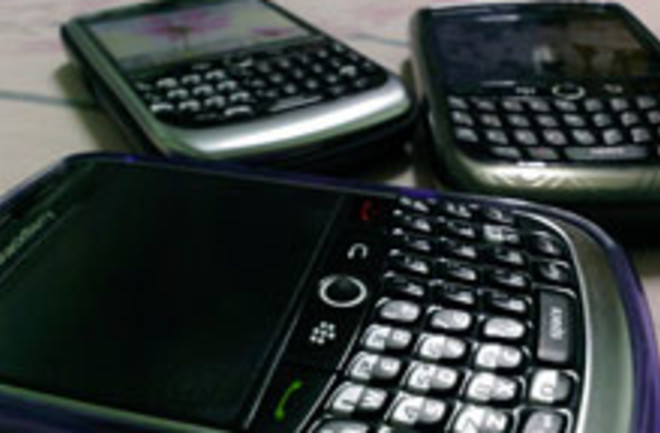 The United Arab Emirates announced this weekend that all BlackBerry mobile services will be banned beginning in October, forcing users of the smartphone to find other ways to surf the web and send email and text messages. The decision will not only affect the U.A.E.'s half-million BlackBerry users, but also international visitors--which could lead to business travelers going into abrupt "crackberry" withdrawal as soon as they hit the Dubai airport. The reason for the ban:

The Emirates have been in a long dispute with Research In Motion, the smartphone’s producer, over the BlackBerry’s highly encrypted data system, which offers security to users but makes it more difficult for governments to monitor communications. [The New York Times]

Saudi Arabia is likely to take similar measures, and Kuwait and Bahrain may also follow suit. The Middle Eastern nations have singled out BlackBerry because of its distinct system for transmitting messages. When a BlackBerry user hits "send" on an email, the data is encrypted and sent to a local cell phone tower. From there, it's routed through RIM's private global network of servers, which puts the data out of reach for government snoops. Other smartphones send data through the open Internet and can be monitored relatively easily.

“The U.A.E. has never been a place that offered much in the way of electronic privacy,” said Jim Krane, author of “City of Gold,” a history of Dubai. “The government makes no secret that it monitors electronic communication, including text messages, phone calls and e-mail. The revelation that secure BlackBerry data is frustratingly out of the government’s reach only confirms this.” [The New York Times]

This isn't the first time the U.A.E. has taken aim at BlackBerry users, according to Research In Motion.

Last year, RIM criticized a directive by the UAE state-owned mobile operator Etisalat telling the company's BlackBerry users to install software described as a service upgrade. Tests showed the download actually installed spy software on users' phones that could allow authorities to access private information stored on the handsets. It strongly distanced itself from Etisalat's decision and told users how to remove the software. [AP]