Transformer Drone Could Transition From Air to Sea to Land 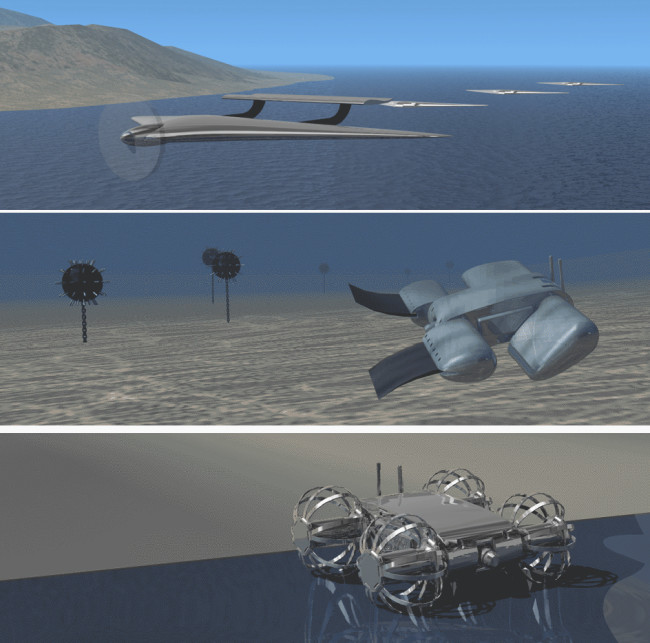 You've heard of all-terrain vehicles before, but this drone concept take the idea to a whole new level. It can reconfigure itself to traverse air, land and even water.

in New Mexico to streamline unmanned military missions. Instead of having to choreograph a series of three or four different vehicles, this single, souped-up transformer could do it all. Based on the proposed design, the vehicle would start as a flying machine, but would need no runway to land. In fact, it wouldn't need to land at all. Instead, the unmanned aircraft would nose-dive into the water where its wings would serve as fins to glide underwater. Then the drone could shed the wings in favor of flippers to paddle toward shore. Next, the little swimmer would loses the paddle for wheels that allow it to drive along the seafloor and up onto shore where it could reportedly hop as high as 30 feet.

Based on their design, researchers say they now have the know-how, if not the funds, to move forward with the project. Once developed, each drone would be pretty costly: Since the vehicle would have to drop parts for each transformation, its missions would be one-way only. See a simulated test drive here: http://youtu.be/OdbKhtWMueg Image and video credit: Sandia National Laboratories