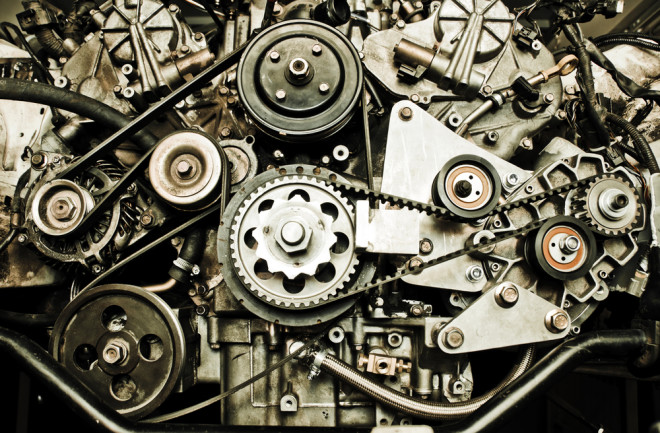 The internal combustion engine has always been a work in progress. Ever since we first began putting them in cars over a century ago, engineers have come up with ever more complex ways of wringing more horsepower and greater fuel efficiency from them. One company says it’s found a surprising means of making our engines even more efficient: Just add water.

The design comes from Bosch, a German engineering firm. According to their press release, a portion of the fuel that gets injected into turbocharged engines never combusts, instead it cools the engine and prevent it from overheating. Their WaterBoost system replaces this gasoline with water via a separate injector in the intake port.

Internal combustion engines combine fuel and air inside a cylinder, where a spark plug ignites the mixture and the ensuing explosion forces a piston down, driving the crankshaft and turning the wheels. This process creates a great deal of heat, which is why modern engines include complex cooling systems meant to reduce temperatures. Adding water to the cylinder helps to directly cool the engine down, which both helps to protect the engine and improve efficiency.

In Bosch’s system, a fine mist of water is sprayed into the cylinder between each combustion. By the time the next cycle of fuel is ready to explode, the water has evaporated, cooling the engine as it does so. This cuts the amount of fuel consumed, creates denser, more oxygen-rich air and allows ignition to happen sooner in the engine cycle, improving efficiency.

The company says its system could theoretically increase fuel efficiency by 13 percent. (Or boost power by 5 percent, if that’s more your style.) The gains will happen mostly at high rpms, when the engine is hottest and sucking down the most fuel, according to Bosch.

The system doesn’t need much water either; sipping only a few milliliters for every kilometer you travel. They estimate that most drivers will have to fill up the five-liter tank only once every 3,000 kilometers. If you forget, the engine will still run fine; all you’ll lose is a bit of efficiency.

The water injection system has already been implemented in the BMW M4 GTS, but they say that the technology is aimed at mid-size cars with smaller turbocharged engines. They estimate that in addition to making cars more fuel efficient, the system will cut carbon dioxide emissions by around 4 percent, the result of more complete combustion.