To Collect Whale Snot, Scientists Are Turning to Drones 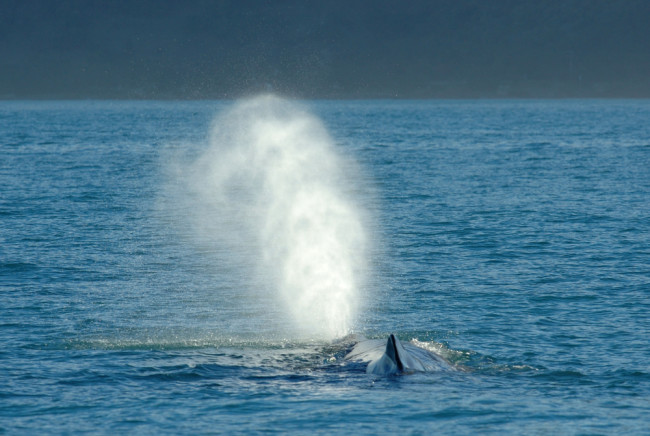 There’s a lot to be learned from the snot whales shoot out of their blowholes. Collecting said snot? Well, that’s a bit of a challenge. Fortunately, researchers at the Ocean Alliance and Olin College of Engineering believe they’ve got a high-tech remedy for their snot problem, and you’ve probably already guessed what it is. The solution, of course, is to fly a snot-collecting drone — called the Snotbot — over an erupting blowhole. But in order to deploy the Snotbot, researchers will need your help.

Scientists have just launched a Kickstarter project to collect the necessary coin to make the Snotbot a reality. They’ve set a fundraising goal of $225,000, and they’ve got roughly a month to hit their target. Depending on the amount you donate, you could get your hands on a variety of snotty apparel. So what’s the deal with whale snot? Scientists say blowhole snot is the best way to see what’s happening inside whales’ bodies. Snot is essentially a lung-lining sample, which contains viruses, bacteria, DNA and hormones. Scientists can use this trove of information to gain insights about toxins in the environment, whale reproductive cycles and their stress levels. The traditional method of gathering samples like this requires scientists to chase whales in loud boats and balance a 10-foot pole over a surging blowhole. That's quite intrusive and tends to stress whales out, whereas the Snotbot could get the job done with being noticed. The waterproof drone simply collects the ejected material on sponges attached to its base. 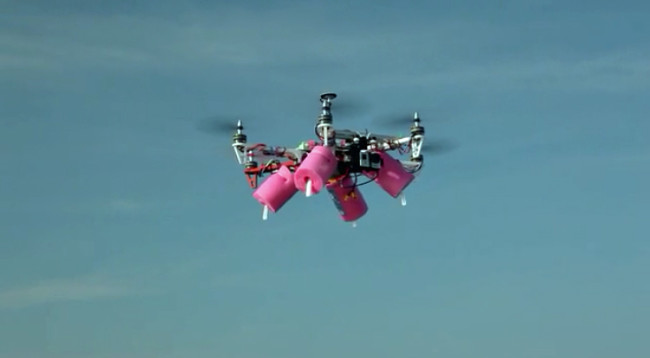 The Snotbot team is working with the Federal Aviation Administration and the National Marine Fisheries Service to move forward with their plans, but they’ve already tested the Snotbot above a robotic blowhole simulator. The funds they collect will allow the team to conduct their unique style of research this year in hotspots for whale research: Frederick Sound, the Sea of Cortez and Patagonia. If you’re interested in helping to launch this program, head to their Kickstarter page and get yourself a Snotbot T-shirt.