To Animate a Drunken Mess, Use New Algorithms for Wrinkled Clothing and Flushed Faces 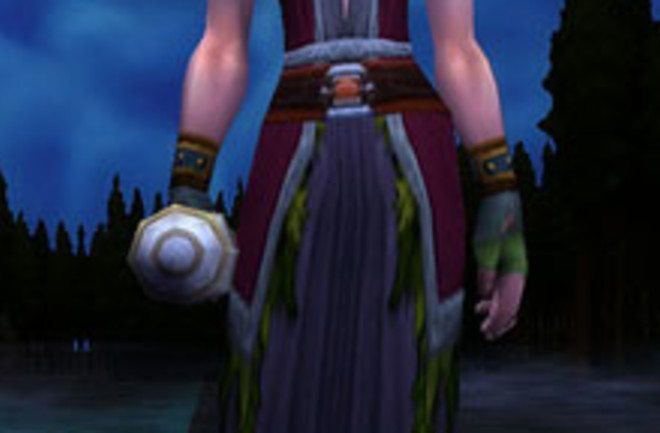 The virtual world is getting more realistic. New animation advancements in true-to-reality rumpling of clothes and face reddening are pushing us closer to the event horizon of the Uncanny Valley. The first advancement is an algorithm designed to give animated clothes life-like wrinkling and crumpling while you are besting that orc. While more realistically rendered clothing won't increase your manna, it may make digital effects in the next Matrix movie even better, New Scientist reports:

"This is exactly what people like me want," says Andy Lomas, a software developer who produced digital effects for the film The Matrix and is based at computer graphics firm The Foundry in London. "I want to be able to capture the fundamental nature of an actor's clothing, but also have the freedom to change the way he or she moves."

The algorithm was created from footage of people IRL. The researchers, lead by Carsten Stoll

at the Max Plank Institute, mapped the actor's movements (and how their clothes moved in reaction) onto a skeleton, which they could animate. Animations of new movements

of the skeleton were able to recreate how clothing would move in real life, Stoll told New Scientist

"If the double is wearing a chiffon skirt in the original sequence, it will swish realistically in all of the new sequences too," says Stoll.

The clothing movements don't need to be pre-animated, the program creates them from the video data it has already collected, making such animations cheaper and easier for use in real-time settings like video games. Lomas is looking forward to more advanced suiting-up

of animated characters in the future, he told New Scientist

To truly fool the eye, Lomas would like to see a more sophisticated version of the software reconstruct more challenging items of clothing, like buttoned jackets and well-tailored suits. "Right now, no one is going to trust a computer graphics expert with no experience of fashion to design a virtual suit," he says.

(pdf) are working to improve animated character's coloring--reconstructing changes in blood flow through the skin on the face when a person eats, drinks

, runs or is exposed to the elements. The researchers, lead by Tim Weyrich

, studied how light is refracted from the face under various conditions, including before and after exercise or alcoholic drinks (free booze!); they could then program this data into animations to render changes in facial flushing over time. I wonder if they programmed it to be extra sensitive to alcohol for Asians

Visual Science: Life and Love in the Uncanny Valley

Not Exactly Rocket Science: RCT: video games can hamper reading and writing skills in young boys by displacing other activities

DISCOVER: This is Your Brain on Video Games

Cosmic Variance: Will Video Games Save the World?