This Was the Most Radical Shift in U.S. Music of the Last 50 Years 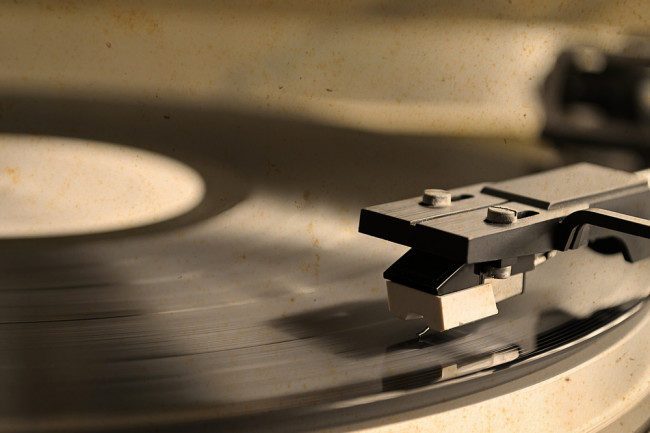 The Beatles are credited with igniting a rock ’n’ roll revolution when they toured the United States in 1964. I don’t want to spoil the party, but that revolution was well underway in the states long before the mop-top quartet arrived, and this is more than just a rumor. It’s science. Researchers in the United Kingdom used big data analysis to build the first evolutionary history of popular music in the United States. They processed over 17,000 songs that appeared on the U.S. Billboard Hot 100 list from 1960 to 2010 to pinpoint style trends, musical diversity and the timing of revolutions. According to their results, the single most radical change in American music had nothing to do with “the British Invasion.” Instead, it occurred much more recently, with the surge in popularity of hip-hop.

Researchers from Queen Mary University of London and Imperial College London used signal processing and text mining to analyze the musical properties of chart-toppers over five decades using music from Last.fm. Their system separated songs into groups based on properties, such as patterns of chord changes, tone color and lyrics. For example, songs with minor-seventh chords — used for harmonic color in funk and soul — peaked in the mid 1970s. A surge in loud, energetic lead guitars and aggressive percussion, seen in the late 70s and early 80s, mirrored the rise and fall of arena rock.

Music in the United States continuously changed over five decades, but researchers say that time period was interrupted with three abrupt revolutions. The first, in 1964, saw the expansion of several different styles of music as well as the arrival of The Beatles and The Rolling Stones. But the Beatles and Stones didn’t cause a revolution. Instead, researchers say, the groups' music reflected existing trends toward the use of major chords, increased guitar aggression, and decreased use of mellow vocals. The Beatles and Stones didn't change the game, but they sure benefited from it. 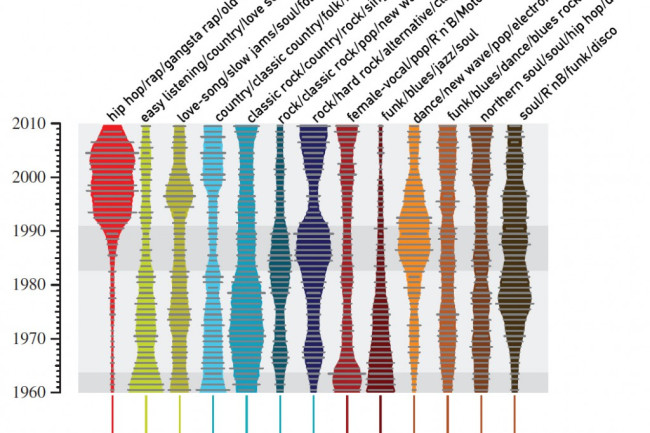 Evolution of musical styles in the Billboard Hot 100. The width of each spindle is proportional to the frequency of that style, normalized to each year. Credit: Mauch et al. The second revolution occurred in 1983 as hair bands and arena rockers added a flood of songs with heavy percussion and vocals. In 1991, however, the biggest revolution in American music occurred. Suddenly, more songs did away with musical chords, and songs with energetic speech skyrocketed. Why? Hip-hop had officially arrived on the musical charts. In other words, John Lennon and Mick Jagger didn’t lead a musical revolution in the U.S., but Tupac, LL Cool J and other rappers did. Researchers published their analysis Tuesday in the journal Royal Society Open Science.

It’s Not as Bad as You Think

In terms of variety, 1984 was the blandest year between 1960 and 2010, and researchers attribute that to the dominance of genres such as new-wave, disco and hard rock. The emergence of hip-hop, and the decline of those genres, helped musical diversity bounce back. However, despite what your hipster friends say, researchers found no evidence to back up the claim that a hegemonic recording industry oligopoly is today contributing to a decline in musical diversity. In fact, musical diversity has remained pretty consistent over the last five decades, they say.

That Word You Heard: Vinculum

Seven Books, and a Universe Worth of Perspective