This Plastic Bunny is Filled With Artificial DNA. The Data Inside: More Bunnies

Researchers store the blueprint for a plastic bunny in DNA that's then injected into the bunny's body. 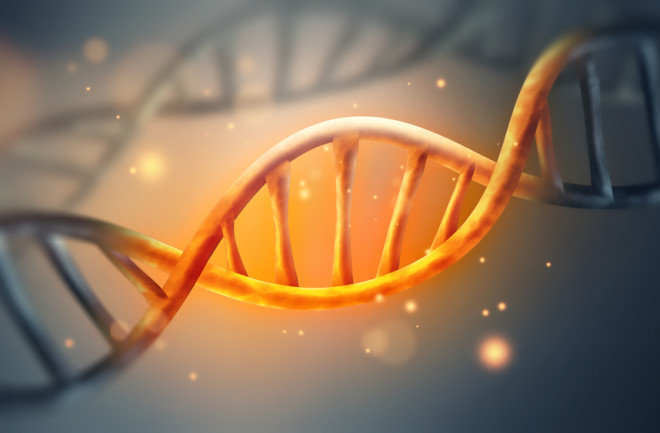 Manufacturing tiny plastic bunnies with a 3D printer isn’t anything new. But the toys described in a new Nature Biotechnology paper have an unexpected twist — the bunnies contain the very information needed to make more of them.

Produced from a partnership between Israeli and Swiss labs, the figurines encase synthetic DNA that holds the code required to 3D print more bunnies. In further tests, they were able to extract the computer code and “reproduce” the bunnies, the researchers write. It's a proof-of-concept that showcases DNA's potential as a hyper-dense medium for future data storage.

As the world produces more data, we’ll also need increasingly denser places to put it all. Artificial DNA, researchers learned, could be tweaked to carry computer code representing all that data, whether it be YouTube videos or instructions for 3D printing a plastic bunny. DNA could theoretically carry an exabyte of data (a billion gigabytes) in something the size of a few sugar cubes.

Previous efforts have used DNA to encode the data for things like images, films and computer operating systems to prove the system works. In this case, the researchers took it a step farther by putting the data-carrying DNA into the object it encodes — much like our own cells hold the DNA instructions for our entire bodies.

First, the team spelled out the instructions for the bunny with lab-made DNA. To keep the molecules from getting damaged in the 3D printer, they encased the DNA strands in silica, the chemical that makes up quartz. Only then did the researchers put the little silica packages in a plastic that could be pumped through a 3D printer. The end result was a plastic rabbit suffused with molecules of artificial DNA.

After manufacturing the first bunny, the researchers clipped off a tiny piece of its ear, melted the plastic down, extracted the DNA and printed a second toy. The team “bred” five generations this way, and went as long as nine months between printing and re-printing to show that the materials didn’t degrade over time.

Each generation lost a little DNA with every replication, so the reading and reproduction couldn’t go on indefinitely. Plus, the first bunny cost $2,500 to make. That being said, the team only had to shave off .3 percent of each bunny to make another one. A single rabbit could yield hundreds with the data stored in its body.

Since the information storage potential here is so dense, the research team thinks this technique could be well-suited for even smaller devices, like medical implants. A patient's dental history could be compacted into their tooth filling, for example. And it's another demonstration of the power of DNA for compact data storage — nature's blueprint wins again.