This Might Be The Fastest Quadcopter You've Ever Seen 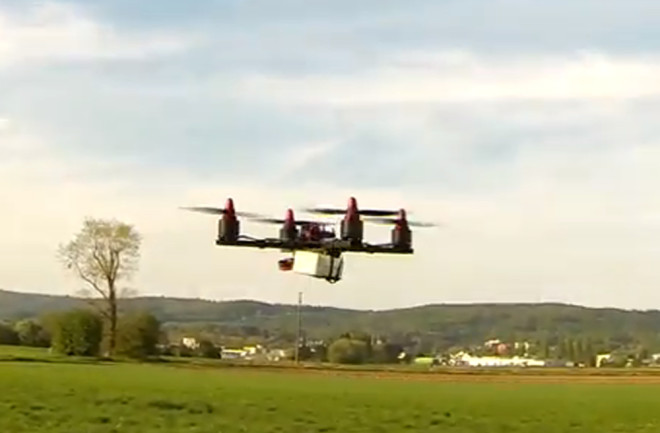 (Screengrab from quadmovr/YouTube) It’s a bird. It’s a plane. It’s Superdrone. Seriously, don’t blink when you watch this video, because the Quadmovr is one of the fastest, most nimble drones you’ll ever see. The pilot, who goes by the Internet alias “Warthox,” clearly knows what he’s doing as well.

The drone seems to defy physics as it gains altitude impossibly fast and stops on a dime. And in the hands of a skillful pilot, it’s poetry in mid-air. It even sounds like a Formula One car. But you can’t just waltz into your hobby store to get your hands on the Quadmovr. Warthox custom-built the lightning-fast drone for about $673 in parts purchased from the drone DIY supplier Flyduino, according to Geek.com. And you can’t by Warthox’s piloting skills anywhere. Apparently, he’s built drones that can reach speeds of 86 miles per hour, but it’s not clear how fast the drone is moving in this video. Warthox doesn’t make the claim that his quadcopter is the fastest in the world, but a company called Warpquad does. You can visit their website to see what these speedy quadcopters look like up close, or even build one yourself. Check out the Warpquad — piloted by Warthox — in action below, and tell us which is faster.