This Laboratory Invents the Flavors in Nearly Everything You Eat 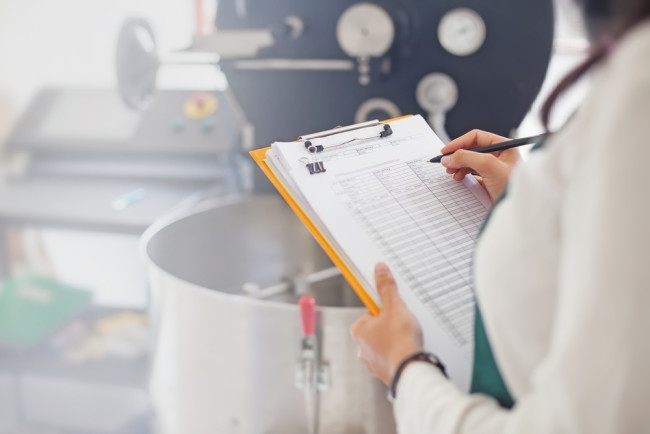 A national chain restaurant once approached McCormick & Company because it wasn’t getting the kind of fajitas sell-through it expected. When VP of applied research Marianne Gillette and her colleagues visited the restaurant, they observed the ritual of the fajita moment: An awe-struck silence would sweep across the dining room as a waiter carried a sizzling fajita skillet to some lucky table. They went back to the office and brainstormed. How can we make this moment even more dramatic? They created a “sizzle sauce,” which made the sizzle louder and the aroma more intense. Sales spiked. McCormick once made a cedar-plank flavor for a restaurant that didn’t want the bother of cooking salmon on actual cedar planks. Using the same technology it used to create the imitation vanilla, McCormick has created “Ultimate Lemon,” which was formulated using aroma chemicals found in lemon peel, Meyer lemon, lemon thyme, and Limoncello (a refreshing and highly drinkable Italian liqueur). Ultimate Lemon might show up in a beverage, dessert, or salad dressing. Not that you’ll ever know. Whether it says so on the label or not—and it usually does not—McCormick is in every aisle and on every shelf of the supermarket. The company provides “custom flavor solutions” for nine of the top ten American food companies and eight of the top ten food service companies. (Food service refers to large chain restaurants, companies that sell to smaller restaurants, school cafeterias, hospitals, and so forth.) McCormick is in your pantry, your fridge, your freezer, and nearly every restaurant. Unless you are a hunter-gatherer or have spent your life obtaining calories via feeding tube, McCormick has used the science and psychology of food to make you happy. It’s probably happened in the last week.

Inside the Crystal Ball

Flavor solutions are born in the Create It Center where Gillette and a colleague named Suzanne Roy, who has dark hair and a slight French Canadian accent, walked me through the exploding world of crackers. Just a few years ago, crackers were like tortilla chips circa 1962—“unidimensional.” People would come home from work and put stuff—pâté, a piece of cheese, a pickled pepper—on a cracker and eat it. Ho hum. Then, Roy explained, herbs got big. Herbed crackers were tastier than plain ones. People started eating them right out of the box. They didn’t have to bother spreading pate, slicing cheese, or fishing a pickled pepper out of its brine. Now crackers are moving into the next frontier—herb with something else. Herb and garlic. Herb and olive oil. It isn’t going to stop there. A new and previously undiscovered galaxy of flavored crackers is unfolding. “I could see smoked paprika, pancetta, and caramelized onion,” Roy said, crystal-balling. “If a cracker is more flavored,” she added, channeling the spirit of Doritos inventor Arch West, “you don’t want to put something on it. They’re made to stand alone.” 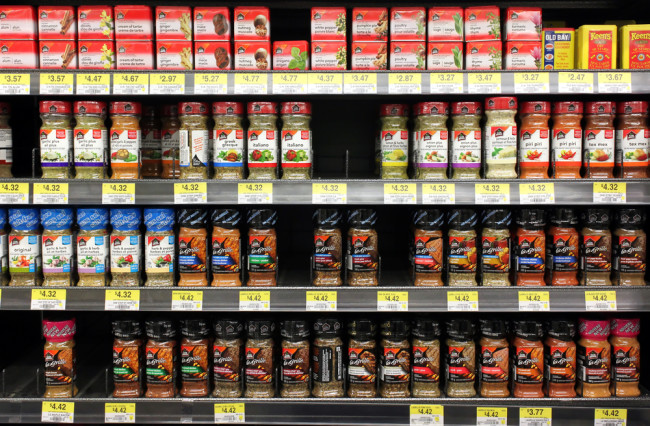 Where Flavors Are Born

Gillette brought me down for lunch to McCormick’s Culinary Conference Room, where executive chef Kevan Vetter prepared a meal of new flavors that would become flavor solutions and satisfy need states over the next year or two. As we ate mustard grilled brown sugar bourbon pork tenderloin, Korean grilled chicken wings, and roasted baby broccoli seasoned with a Moroccan spice blend called dukkah (hazelnuts, cumin, sesame seeds, coriander, salt and pepper), Gillette and her colleagues recounted the flavors of times past. Like hipsters referencing obscure hair bands, they recounted the must-eats of the ’80s: pesto, salsa, yakitori, Cajun, passion fruit, sun-dried tomatoes. Hot sauces rumbled in the late ’80s and erupted in the ’90s, when “big and bold” became the industry catchphrase. That was the decade adobo, miso, Tex-Mex, and goat cheese went mainstream and celebrity chef Emeril Lagasse implored the country to “kick it up a notch.” That was many notches ago. Chipotle. Chai. Pomegranate. Açai. Every few years, America rouses from its food coma and demands excitement. Like crackers, food trends are becoming “multidimensional.” In 2007, McCormick started pairing flavors—wasabi and maple; cumin and apricot; clove and green apple. In 2012, combinations of three or four appeared. Rosemary, which made a quaint solo appearance as “rosemary” in the 2000 Flavor Forecast, returned in 2013 as part of “smoked tomato, rosemary, chile peppers & sweet onion.” The pace is picking up. Flavor trends are becoming like tropical weather. They roll in, they’re intense, and then they’re a memory. All of which may be one reason so few people cook at home these days. Who can keep up?

Restaurants can. If McCormick determines that what that national chain of family friendly sit-down restaurants really needs is a cinnamon-chipotle pulled-pork sandwich, it might take McCormick a hundred iterations to get everything right—the perfect level of spice, smokiness, and no cinnamon burn. At that point, McCormick figures out how such a sandwich can be produced on a mass scale. Because the restaurant sure isn’t going to make it. Most restaurant chefs are “chefs” the way someone assembling an IKEA bookshelf is a “carpenter.” And the restaurants in which they “cook” are just pretending to be restaurants. That big tiled room the waiter calls the kitchen is more like a prep area. Dishes aren’t prepared so much as assembled by staff that follows “operational guidelines,” not recipes. It all involves a great deal of reheating. The cooking part actually takes place at a “processor” like that chicken nugget factory I visited. There, the pork will be marinated, seasoned, cooked, and pulled, then frozen and sent to a distribution center (a warehouse full of cooked frozen food) and, later, to a “restaurant,” where it’s “rethermalized,” likely “top-noted” with sauce from another processor, and then placed on a bun originating from yet another factory, which arrived partly baked and frozen and was finished in an oven and listed on the menu as “freshly baked.” It’s not only fast-food restaurants that do this. Chain restaurants do it. So do independent restaurants, bars, pubs, diners, cafeterias, schools, hospitals, retirement homes, and coffee shops. Customers order off menus. The kitchens also order off menus. The real kitchens are factories. And the real cooks are companies like Griffith Laboratories, Kerry, and McCormick. 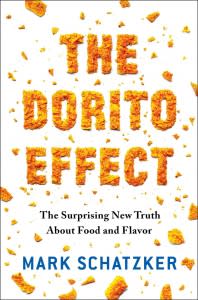 Reprinted from The Dorito Effect by Mark Schatzker. Used with permission.