This is the First Photo Ever Uploaded to the Web 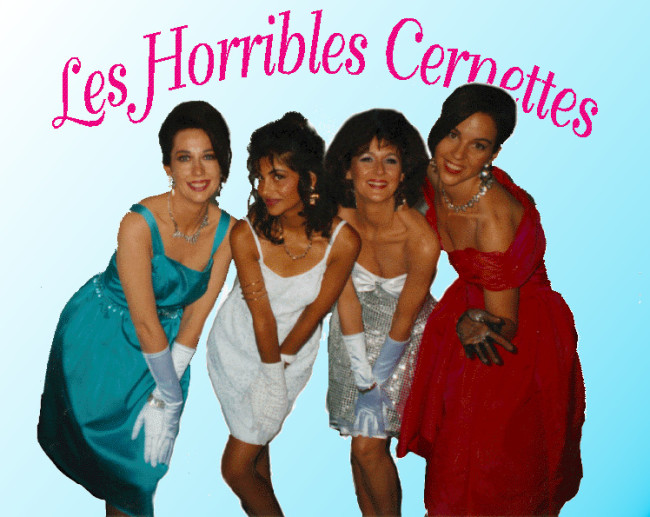 Long, long ago, and far, far away---specifically, in the early 90s in Switzerland---computer scientists at CERN were test-driving a little something called the World Wide Web. And when the time came to test the thing's capabilities with photographs, guess what happened to be on hand? A Photoshop job of a group of CERN administrative assistants and significant others who sang physics-themed doo-wop. Sample lyric:

Abraham Riesman over at Motherboard has a great feature

laying out the hilarious mundanities behind the Web's first photo, from father-of-the-Web Tim Berners-Lee's cross-dressing---"“I don’t know whether I should be telling you this, but he worked at CERN and I saw him because he was part of our pantomime in our amateur operatic society,” remembered Colette Marx-Nielsen, a Cernettes member (she’s second from the right in the photo). “He was the dame dressed as a woman.”"---to CERN's (still extant

) Hardronic Music Festival, where the photo was snapped. It's a truly entertaining read

. The most prophetic line: "“The Web, back in ’92 and ’93, was exclusively used by physicists,” de Gennaro recalled. “I was like, ‘Why do you want to put the Cernettes on that? It’s only text!’ And [Tim Berners-Lee] said, ‘No, it’s gonna be fun!’” Thank you, Abraham, for telling the story of this historic artifact. And now....Les Horribles Cernettes! http://youtu.be/A1L2xODZSI4