This is Not a Game: Fukushima Robots Operated by Xbox 360 Controllers 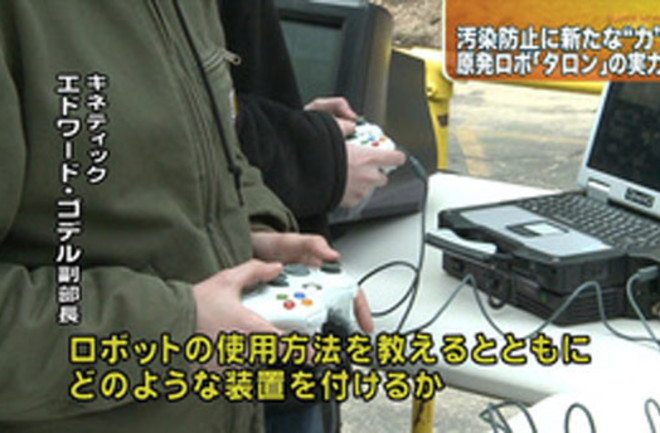 When it comes to redemption stories, gaming consoles aren't usually the first items to come to mind (or even on the list). But the Xbox 360 has made a surprising comeback in Japan after last month's tsunami swept over 5,000 consoles out to sea: One company has deployed Xbox's hand-held controllers to help maneuver robots at the stricken Fukushima Daiichi nuclear plant. Meet the Talon robots, which were sent to Japan by a Virginia-based tech company called QinetiQ North America. With Xbox pad in hand, Fukushima workers can now remotely drive these robust bots around the plant, where it would be far too dangerous for human workers to go. Without putting themselves in danger, operators can peer into the darkest parts of the plant using Talon's night-vision cameras. They can also gauge the temperature and air quality around the plant, as well as identify over 7,500 hazardous substances using the robots' chemical, biological, radiological, nuclear and explosive (CBRNE) detection kits (as long as they're within the robot's over-3,000-foot operating range).

It may seem odd to use Xbox 360 pads for such important work, but as Brian Ashcraft from Kotaku writes, "many American robots used in military and rescue operations ... are controlled by Xbox 360 pads." And it wouldn't be the first time these Talon robots gave a hand (or, uh, claw) after disasters: After 9/11, they were deployed two times a day to help clean Ground Zero. While it isn't clear how heavily the Talon robots are currently being used at Fukushima, it's comforting to know that there is another robot helping in the cleanup. The fact that they're controlled by Xbox 360 pads reminds us all the more that, unlike a game, there are no pause buttons, restarts, or extra lives at Fukushima: There are only workers who already expect to die from their efforts, and a handful of underutilized gadgets, all struggling against a challenge where "game over" is both unthinkable and unimaginable. Related Content: 80beats: Japan (Might) Be Using Robotic Help at Fukushima Discoblog: Japanese Vending Machines Become Ageist Robots Discoblog: Robot Model Struts the Catwalk in Japan 80beats: Japanese Consortium: We’ll Send a Humanoid Robot to Walk on the Moon