This Guy Went Fishing With a Drone... And It Worked 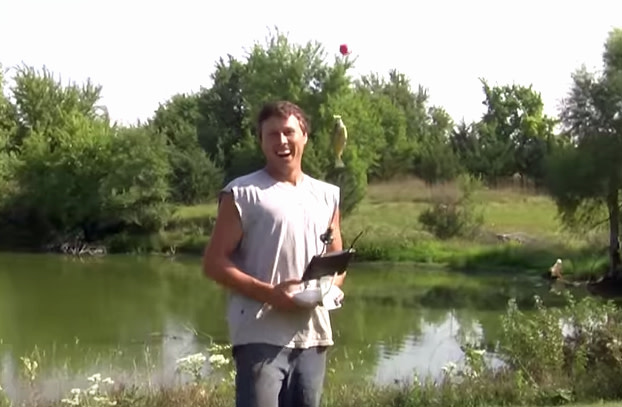 Call it beginner’s luck. Call it genius. Whatever you call it, the fact remains the same: This guy caught a fish with his DJI Phantom. Derek Klingenberg, whose YouTube alias adds “Farmer” to the front of his name, does the “Whip Nae Nae” with cows, puts a farming spin on Kendrick Lamar songs, and also fishes with quadcopters. It didn't take long for him to get a bite.

If there weren’t video, you’d think it was another fishing tale, but Klingenberg actually snagged a fish using joysticks and not a reel. Klingenberg simply floated his drone over a watering hole in Kansas and dipped his line in, which was attached to the Phantom hovering above the water. After a few attempts, he hooked a small, snack-sized fish on the line. The drone pulled the fish onto shore with ease, and, in true 21st-century style, Klingenberg took a selfie with both the fish and drone strategically positioned in the frame.

Granted, Klingenberg wasn’t the first to catch a fish with a quadcopter. The folks at RYOT, a news organization, caught one back in 2013. But it's still pretty impressive. And the catching can also work the other way around. Anglers with an anti-drone bent have shown off their skills by hooking drones while they hover in the sky:

Regardless of how you view drones, you have to admit Klingenberg gives fly fishing an entirely new meaning.