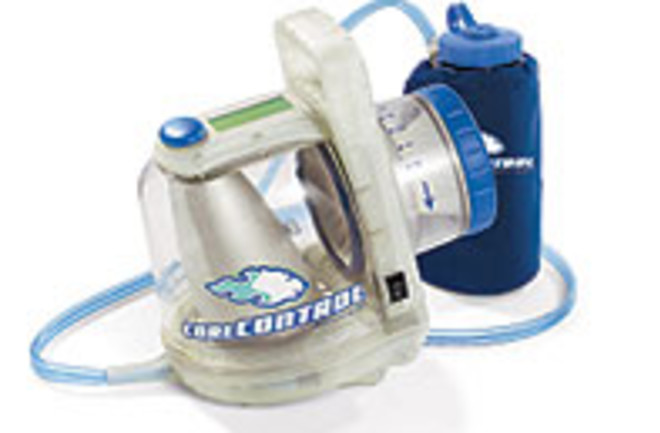 Courtesy of Perich and Partners

Olympic competitors and pro athletes have a new way to avoid heat-related muscle fatigue and cramping: They can stick their hand into CoreControl, a gizmo the size of a coffeepot, and bring their body temperature down within minutes. Craig Heller and Dennis Grahn, animal physiologists at Stanford University, invented the tool to warm patients waking from anesthesia but found it also had a useful application as a cooling system. They founded AVAcore Technologies, now in Ann Arbor, Michigan, and began selling the device (right) for $5,000. Now two major soccer teams—Britain’s Manchester United and China’s Olympic unit—along with the Oakland Raiders are using it to improve players’ endurance. “If we can pull heat out,” Grahn says, “they can work harder and go longer.”

CoreControl has a rubber seal that surrounds the wrist and a vacuum pump that creates suction. The resulting negative pressure boosts blood flow to the hand while cold water circulates under the palm, cooling the blood as it passes. AVAcore, aided by funding from the Defense Advanced Research Projects Agency, is now working to develop a smaller version for less than $1,000 that can be worn like a glove. The company is also creating a body-cooling combat boot. Meanwhile, Heller and Grahn are returning to medical applications, studying how a version of their technology could ease the symptoms of multiple sclerosis, which are worsened by heat.