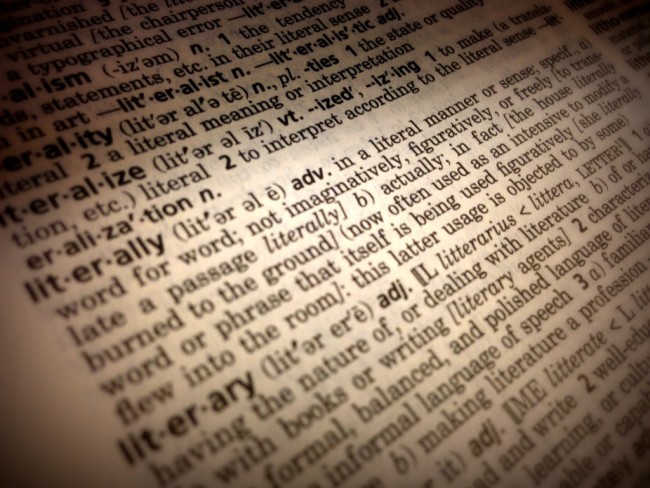 . Language is funny that way. We say things that are utterly false, but we seem to understand what the other person means, regardless. Intrigued by this quirk in communication, researchers built the first computational model that can predict humans’ interpretations of hyperbolic statements. (Literally.)

Separating literal from figurative speech is actually quite complicated. A proper interpretation of a statement depends on shared knowledge between speaker and listener, the ease of communication and knowledge of a speaker’s intentions. It’s relatively easy for humans to do this in an instant, but computational models aren’t as adept at identifying non-literal speech. Researchers from Stanford and MIT set out to create a program that could. They began by asking 340 individuals, recruited through Amazon’s Mechanical Turk, to determine whether a series of statements were literal or hyperbolical. The statements described the prices of an electric kettle, a watch and a laptop. For example, “The laptop cost ten thousand dollars.” The results seemed intuitive: A statement claiming the kettle cost $10,000 was viewed as hyperbolic, but a price tag of $50 was interpreted as a literal statement. Interestingly, when the number was precise, like $51 or $1,001, participants were more likely to view those statements as literal. In other words, round numbers led to fuzzy interpretations. Complicated Speech The researchers then used this data to build a computational model that took into account a) how near the price was to a reasonable price, b) whether the number given was precise or fuzzy, and c) how big the number was (prices that are higher being deemed more likely to be exaggerations). When researchers applied the model to the statements evaluated by human participants they found that it closely matched human judgments of hyperbole. Researchers published the results of their study this week in

The team says next they'd like to tackle the linguistics behind other figures of speech, such as irony and metaphor. As to applications of their "literally" model, the researchers don't specify. But we have one suggestion: Maybe give the grammarians a hard-earned day off and let the bots police the English language for a while. They'll have a field day, literally.