Think Tech: The Best Gadgets to Buy This Month

Devices that are smart, green, portable, and super tough 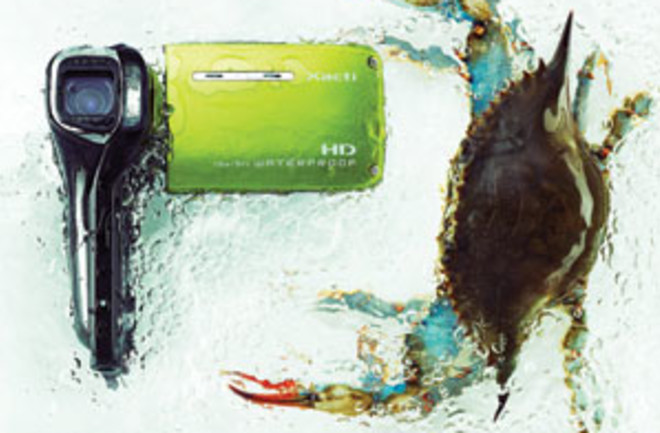 Acer Aspire Timeline AS3810T Notebook Tired of hauling a heavy laptop on the road only to have it die midproject? Acer’s new notebook may be the answer. It gives you more than 8 hours of battery life, thanks to Intel’s nascent ultralow-voltage (ULV) processor. The laptop is thin—just under an inch at its skinniest—and a shoulder friendly 3½ pounds. At $900 fully loaded, it’s light on the wallet, too. That gets you a 500GB hard drive, 4GB memory, and 13-inch screen. The Acer’s thermal management system borrows from jet-engine turbine technology, using louvers in the vents to direct airflow across the bottom of the chassis. You’ll sacrifice some speed with this first-gen model, but expect performance boosts as other models using ULV processors roll onto the market.

Monster GreenPower Surge Protector MDP 900 In the average home 75 percent of the electricity used to power electronics is consumed while they are turned off, says the U.S. Department of Energy. The $130 MDP 900 snuffs out those loads by switching off outlets for scanners, printers, and speakers when the computer powers down and on again when it boots up.

Iomega eGo BlackBelt Portable Hard Drive Get dual protection for your vital data with Iomega’s 500GB BlackBelt, $140, which comes with McAfee antivirus software (including a free 6-month subscription) and a rugged build that can withstand falls of up to 7 feet. The USB-connected drive can store some 2 million pics, more than 9,000 hours of music, or 750 hours of video.

This $399 HP device is an all-in-one printer, scanner, fax, and copier that connects directly to the Web. By selecting images on its 4.33-inch display and using its built-in Wi-Fi, you can print photos, maps, tickets, coupons, and more. You can also print from your PC, camera, or smart phone.