Thin, Flexible Circuit Sticks to Skin Like a Temporary Tattoo 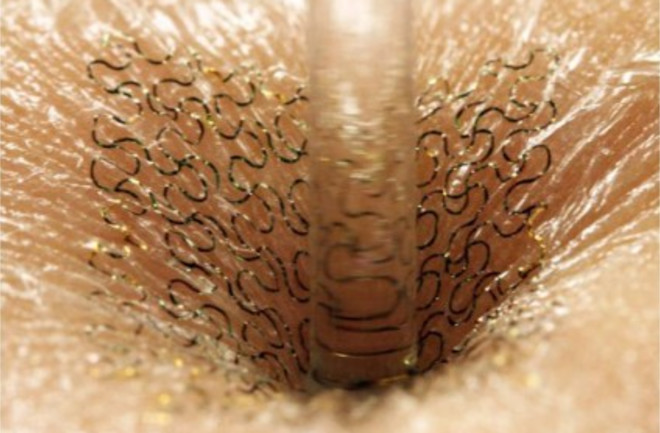 What's the News: Keeping track of what's happening inside the body often requires a great deal of equipment outside it: Just think of the tangle of sensors in any hospital room. Now, though, engineers have developed an ultra-thin electrical circuit that can be pasted onto the skin just like a temporary tattoo. Once it's served its purpose, you can simply peel it off. These patches could be provide a simpler, less restrictive way to monitor a patient's vital signs, or even let wearers command a computer with speech or other slight movements. How the Heck: