The World’s Fastest Car…Powered By Wind, That Is 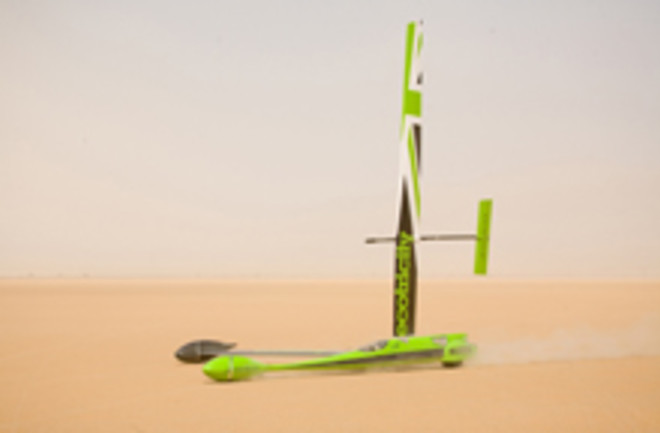 While automakers (and magazines) are shrinking their car designs to become fuel efficient these days, one man decided to forgo fuel altogether and tap into wind power. And now, British engineer Richard Jenkins has broken wind-powered car records, reaching a whopping 126.1 miles per hour when he drove his Ecotricity Greenbird in Nevada. Arguably, the Greenbird doesn’t look anything like a car—people describe it as a “very high performance sailboat.” But while most wind-powered cars use large sails, Jenkins decided to use a solid wing, so that wind could sweep over it and propel the 1,300 pound car into motion. To offset the resulting lift, Jenkins added smaller wings to keep the car on the ground. Jenkins spent a decade developing the model—and finally succeeded on his fifth try. The vehicle’s mainframe is made of a carbon fiber composite, with metal bearings used for the wing and the wheel. He was a happy man last week when he drove his car on a dry lakebed near Las Vegas, and the 30 mph winds powered the car for two miles at more than 120 mph. Related Content: Discoblog: Flying Car DISCOVER: Future Cars