The Triumph of Technodorkiness: Why We're Gladly Turning Ourselves Into Yesterday's Losers

By David H. Freedman, a journalist who's contributed to many magazines, including DISCOVER, where he writes the Impatient Futurist column. His latest book,

Wrong: Why Experts Keep Failing Us---and How to Know When Not to Trust Them

Computer glasses have arrived, or are about to. Google has released some advance information about its Project Glass, which essentially embeds smartphone-like capabilities, including a video display, into eyeglasses. A video put out by the company suggests we'll be able to walk down the street—and, we can extrapolate, distractedly walk right into the street, or drive down the street—while watching and listening to video chats, catching up on social networks (including Google+, of course), and getting turn-by-turn directions (though you'll be on your own in avoiding people, lampposts and buses, unless there's a radar-equipped version in the works). 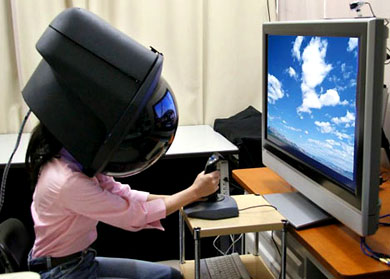 The reviews have mostly been cautiously enthusiastic. But they seem to be glossing over what an astounding leap this is for technophiles. I don't mean in the sense that this is an amazing new technology. I mean I'm surprised that we seem to be seriously discussing wearing computer glasses as if it weren't the dorkiest thing in the world—a style and coolness and common-sense violation of galactic magnitude. Video glasses are the postmodern version of the propeller beanie cap

. These things have been around for 30 years. You could buy them at Brookstone

, or via in-flight shopping catalogs. As far as I could tell, pretty much no one was interested in plunking these things down on their nose. What happened? More interesting, the apparent sudden willingness to consider wearing computers on our faces may be part of a larger trend. Consider computer tablets, 3D movies, and video phone calls—other consumer technologies that have been long talked about, long offered in various forms, and long soundly rejected—only to relatively recently and suddenly gain mass acceptance. The obvious explanation for the current triumph of technologies that never seemed to catch on is that the technologies have simply improved enough, and dropped in price enough, to make them sufficiently appealing or useful to a large percentage of the population. But I don't think that's nearly a full-enough explanation. Yes, the iPad offers a number of major improvements over Microsoft Tablet PC products

circa 2000—but not so much that it could account for the complete shunning of the latter and the total adoration of the former. Likewise, the polarized-glasses-based 3D movie experience of the 1990s, as seen in IMAX and Disney park theaters at the time, really were fairly comparable to what you see in state-of-the-art theaters today. I think three things are going on: 1) Technosynergy. We're not merely seeing better thought-out and equipped individual products, but rather a gathering swell of progress in multiple technology domains, with each facilitating the others—with the result that we're seeing what feels like breakthrough improvements in many different product lines. Among the jumps: bright, high-definition screens in both tiny and ginormous scales, along with sensitive touchscreens; screamingly fast, low-power processor and memory chips; software that's sophisticated enough to make using it feel easy and satisfying; information and communications networks, like GPS and digital maps, that can add tremendous functional value to applications. And just about all of it is happening at lower and lower cost. None of these sorts of technology enhancements is unique to the iPad, to name one breakthrough product, and yet the iPad wove them and others together in a slick, friendly way that made it feel like it was one big, envelope-pushing leap. Even producing and displaying the latest 3D movies depend on massive digital processing and software breakthroughs, in addition to enhanced optical projection hardware. 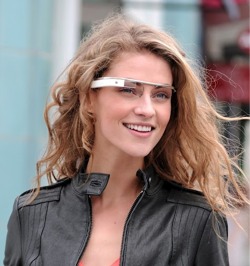 Project Glass shows how technology is leaping ahead. So is marketing.

2) Technohip branding. By obsessing over bringing style and coolness to all things digital, Apple—at least since the iPod—has gained the ability to confer gotta-have status to almost anything it turns its attention to. If Microsoft and Dell had come out with an iPad-like tablet before Apple did, I think it's highly unlikely they would have pulled off the same sort of mass-craze coup—they just don't have the branding juice with young consumers who drive hits. The ability to speak commands into cell phones has worked pretty well for more than a decade

, but it didn't seem like a good idea until Apple started pushing it with Siri. Google has some of that technocool-oriented marketing muscle as well, but not nearly as much as Apple. Savvy technomarketing was a big factor in the success of 3D as well: It was Hollywood blockbuster Avatar that really drove 3D home to the public. Until then, 3D had been pretty much relegated to specialty and B movies. 3) Technoculture. It's not just the tools that are evolving—so are we. We're hooked on Facebook, GPS, Google Maps, and on-demand movies. Thanks to smartphones, we've learned to depend on all this technology 24/7, wherever we are. We want it when we read a magazine, drive a car, go out to a movie, or, yes, walk down the street. The devices that can give us better, easier, more constant access to them will appeal. It's not just dorks who want this stuff anymore. Put them all together, and you've got a potential hit in online glasses—a product that would have made us laugh derisively five years. And if Google doesn't quite pull it off, just wait for iGlasses. Now the question is, what will be the next nerdy dream product to catch on? Video wristwatches? Home robots? Flying cars? Bring it on.