The Robot Designed to Master Mars 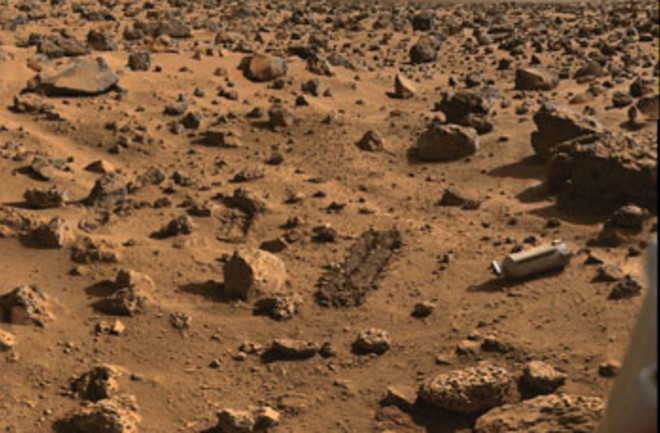 The Mars rover Opportunity idled in a Martian sand dune for 39 long days, trapped with its wheels mostly covered. Only after very gradually working its way out of the sand could the rover move on. Given the long life of Opportunity, the temporary sand trap was not a grave concern, but other missions may not be as lucky. When we send more rovers to dusty terrain on Mars and the moon, sand could still cripple a mission. Now advances in robots capable of navigating waves of sand may make concerns of alien dust storms or sand traps a thing of the past.

Built at the University of Pennsylvania and tested at the Georgia Institute of Technology under team leader Daniel Goldman, SandBot is a six-legged robot with curved, C-shaped limbs instead of wheels. SandBot’s limbs spin around like regular wheels but slow down briefly when they strike the ground, allowing it to scoot along loose sand at up to three centimeters per second. The technology behind SandBot will first be deployed on Earth in RespondBot, a search-and-rescue robot built to assist police and fire departments facing situations too risky for humans to enter.