The Red Cross Wants to Deploy Drones in Disaster Zones 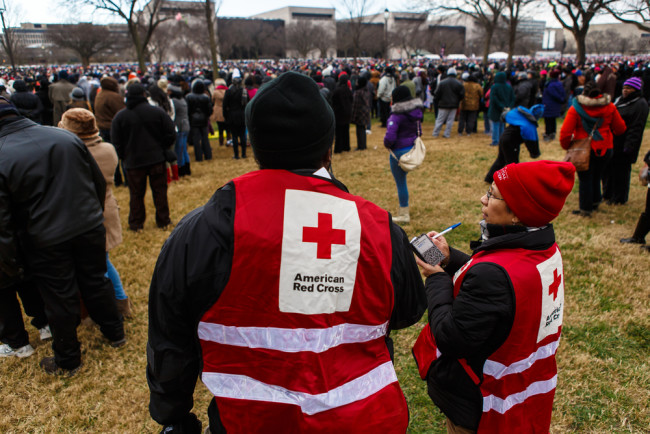 The American Red Cross is taking a close look at adding drones to its disaster relief efforts. The humanitarian organization, along with drone services start-up Measure, released a study Tuesday detailing the ways drones can help first responders improve operations at the scene of a disaster. The report was complete with policy recommendations, case studies of drones working in disaster zones and a survey of emerging software and technology in the industry. The report’s takeaway was positive: With an appropriate framework, drones can help companies and governments expedite disaster relief efforts. “This study puts us all in a much better position to at least think critically about this technology and how we might want to leverage it,” Red Cross’ Richard Reed told the Washington Post. “The application and use for this in the disaster environment, I would say is pretty new. There’s lots of opportunities, there’s lots of questions that probably still need to be answered and due diligence needs to be done. But I think at some point this technology will come to bear.”

The Federal Aviation Administration continues to represent the biggest roadblock in the way of Red Cross disaster drones. Commercial drone regulations specify that companies can’t legally deploy commercial drones without an FAA exemption. The FAA is working to hammer out final rules regarding commercial flights, but those rules likely won’t be finalized for another year or two. However, the Red Cross can use the findings from their study to make a compelling case for drone use to the organization's ever-important donors. “We recognize that drone technology combined with FAA support can pave the way for valuable participation from the private sector, which in turn will increase the speed in which communities — devastated by future disasters — can recover and move forward,” says Measure’s CEO Dan Riordan said in a news release.

Examples from Around the World

The Red Cross isn’t wading into unknown waters here. Around the world, organizations and governments are already deploying drones into disaster zones. Drones equipped with high-definition cameras allow first-responders to survey a disaster zone from afar, at low altitudes and in real time. It’s a big advantage for relief organizers, since they can then build a plan based on accurate damage assessments. The report highlights the way drones were used in Japan following the Fukushima Daiichi nuclear plant disaster. Scientists working near the disaster scene used drones to map out radiation levels at the site without exposing pilots to dangerous amounts of radiation. In other parts of the world, drones ferry medical samples from remote areas to clinics that can diagnose diseases. (You can read more about these helper drones in Drone 360.) It’s not clear when, or how, the Red Cross will deploy drones in the field. However, this report is evidence that drone technology will help the organization take a step in the right direction.