If you are a quantum algorithm developer or an error correction scientist, the emerging quantum industry is hiring. 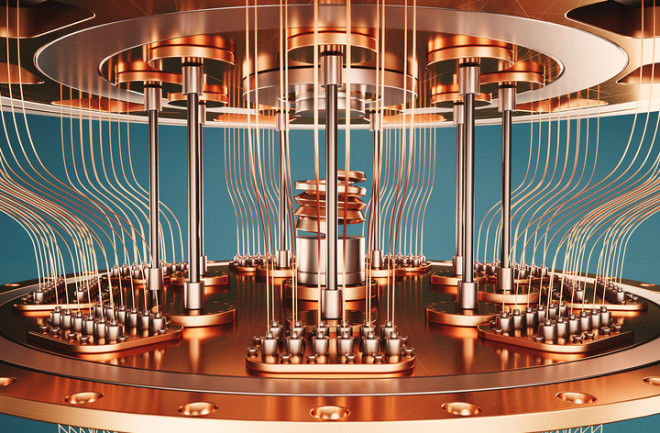 So it should come as no surprise that this industry needs people with powerful quantum skill sets, and that this is leading to new combinations of talents and entirely new jobs.

And that raises an important question—just what skills are in demand? Universities and education providers desperately need to know more about the quantum industry’s requirements so they can begin training the next generation of workers.

So Ciaran Hughes at FermiLab in Batavia, Illinois and colleagues, decided to survey 57 companies involved in the incipient quantum industry to find out what kinds of skills they are looking for and those that are most in demand. And the results offer some surprises.

The most eye-catching outcome from the survey is that the quantum industry has created entirely new types of job. One in-demand position is for error correction scientists.

This is a job that comes about because of the nature of the quantum world. Quantum objects are hugely delicate and susceptible to outside influences that generate errors in calculations. So an important challenge is to find ways to prevent these errors from swamping any quantum calculation.

That’s what an error correction scientist does. Several companies in the survey said they would be hiring experts in this area in the next few years.

The job most demand is for quantum algorithm developers, with more than 20 companies looking to hire one in the near future. These are quantum coders, people who design and create the software that quantum computers run on.

One of the most significant findings from the survey is that the quantum industry needs plenty of people with conventional skills too: data scientists, software programmers, system architects, sales and marketing people and so on.

These workers do not need specialist quantum skills and so can be sourced relatively easily from the pool of future workers currently being trained.

“We find a range of job opportunities from highly specific jobs, such as quantum algorithm developer and error correction scientist, to broader jobs categories within the business, software, and hardware sectors,” say Hughes and colleagues. “These broader jobs require a range of skills, most of which are not quantum related.”

What’s more, workers in the quantum industry will not all need PhDs in quantum-related subjects. Instead, employees will come with a range of education levels from bachelor’s degrees through to masters and beyond.

Most quantum-related employers expect their workers to learn most of what they need on the job. “Overall, there was no consensus about the most critical hiring challenges, about one-third of companies stated that hiring quantum information theorists and those with analog electronics skills was a challenge,” say the team.

Hughes and co say the results of the survey point to a few recommendations. For example, this new industry will require many people who are “quantum aware” but far fewer who are highly specialized quantum experts. That needs to be reflected in the courses that universities offer.

Hughes and colleagues make one final point worth bearing in mind. They say that the quantum industry is still young and based on science that is still far from being completely understood. So things might change quickly in the future. It’s quite possible, for example, that the potential for quantum technology is currently overhyped.

Nevertheless, the quantum industry is thriving, with many predicting huge growth in future. Earlier this year, the market research company Researchandmarkets.com forecasted that the global quantum technology industry would be worth $32 billion by 2026.

That’s likely to attract plenty of entrepreneurs. If you’ve dreamed of becoming a quantum worker, your time is nigh!