Existing and emerging biotech advances are transforming the way we preserve and transport donated organs. While their methods may vary, all share a common end goal: saving more lives. 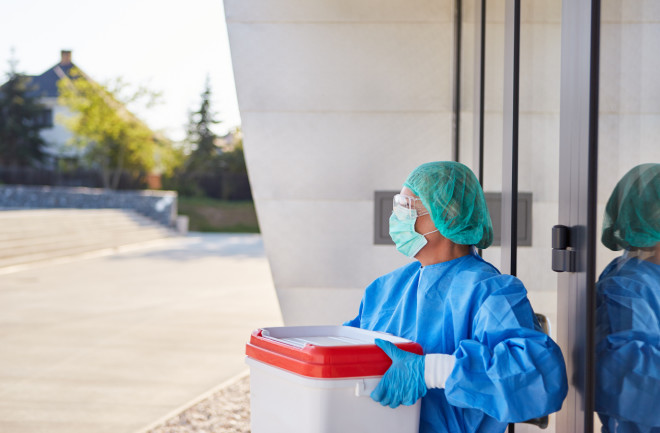 National Donate Life Month, celebrated every April, is here once again. It’s a time to acknowledge and encourage the gift of life that organ donation provides. Since the first successful organ transplant in 1954, countless lives have been saved through transplants. Just last year, surgeons performed a record number of transplants — more than 40,000, roughly 60 percent of which were kidneys alone.

But there are some 106,000 people currently on the national transplant waiting list and, with another person being added every nine minutes, this need outpaces supply. Every day, an estimated 17 people die waiting for an available organ. And lack of supply isn’t the only barrier to transplants; viability of the organs is another issue. Thousands of donated organs go to waste each year because they don’t reach a potential recipient in time.

David Kravitz knows what it’s like to agonize over a loved one needing an organ. More than two decades ago, he and his family spent long days in the hospital while waiting for his father to receive a heart transplant. “Every time we heard a helicopter land, we had our fingers crossed,” Kravitz says. His father eventually received a transplant, enabling him to live another 22 years — long enough to see all his children get married and to welcome his grandchildren into the world. But Kravitz remembers thinking there had to be a better way.

For decades, the industry standard has been to store donated organs in a preservation solution and ship them in a cooler of ice. Medical providers have favored this system of “static cold storage,” or SCS, because it’s low-tech and inexpensive. But its capabilities are limited, with most organs lasting between four and 36 hours, and it makes organs susceptible to degradation. Generally speaking, the longer an organ is on ice, the more damage can occur.

At the time of his father’s operation, Kravitz ran a company that explored therapeutic hypothermia for those injured in combat. Realizing it might be possible to apply a similar concept to the organ transplant space, however, he worked to create a portable device called the Lifeport Kidney Transporter. The transporter utilizes a technique called hypothermic machine perfusion, which pumps a preservative solution through a kidney at near-freezing temperatures. Later on, his tech company, Organ Recovery Systems, developed accompanying technology that provides real-time information about the kidney — useful for making clinical decisions.

The LifePort received FDA clearance in 2003 and gained traction over the next several years. But it was a study published in the New England Journal of Medicine later that decade that really put ORS on the map. Its results concluded that continuous machine perfusion reduced the risk of patients requiring dialysis in the first week after a kidney transplant and improved the chance of the transplanted organ surviving to the one-year mark.

Read More: What Happens in the Brain When an Organ Transplant is Rejected?

“Generally speaking, the clinical community doesn’t like to go past 20 to 24 hours with a kidney in a box of ice. And that’s for a young, healthy donor. It’s not ideal to go beyond that,” says Kravitz. “With our machine, we’ve seen a range of 48 to 72 hours for preservation.” He explains that with the LifePort system, doctors have become more comfortable taking on marginal donors, widening the scope of transplants. The system is now used in 325 transplant programs in 41 countries. And ORS has prototypes for transporters for other organs, with a LifePort Liver Transporter next in the pipeline.

Ice in the Veins

Xiaoxi Wei also has a personal connection to the organ shortage. At 8 years old, she was profoundly impacted by the loss of her grandfather, who died waiting for a liver to become available. That formative experience, combined with her lifelong love of science, led Wei to found X-Therma, a biotech company focused on the storage and transport of organs, in 2014.

She turned to nature for inspiration: Arctic fish produce antifreeze proteins, which prevent ice crystals from forming in their blood even at below-freezing temperatures. Intrigued by this concept, Wei endeavored to apply it to organ preservation. At its core, the concept is simple. “Think of how everything lasts longer in the freezer than in the refrigerator,” she says. “Now imagine if you could store an organ at sub-zero temperature. It would last longer and be better in quality.”

Years of research and experimentation resulted in the development of a nontoxic, peptoid-based cryoprotective solution called XT-Vivo. By storing organs without the damaging effects of ice, X-Therma’s technology could extend the viability of an organ long enough for it to travel anywhere in the world. Although not yet in clinical use, the company has obtained several patents and has seen their preservation technology perform well in experiments.

One preclinical experiment, conducted in collaboration with Johns Hopkins University and other teams, compared mice hearts (which are anatomically similar to humans) stored in X-Therma’s solution to those stored in the standard solution or no solution at all. The results demonstrated that the hearts stored in XT-Vivo regained a regular heartbeat and sinus rhythm after sub-zero preservation, while the others didn’t.

Wei remembers the moment when years of hard work came to fruition: “The hearts starting turning red and beating,” she says.