The Metropolis With Highest Density of Surveillance Cameras in the World

By counting the number of surveillance cmareas visible on Google Street View images, researchers have created a league table of the most snooped on cities in the US and the rest of the world. 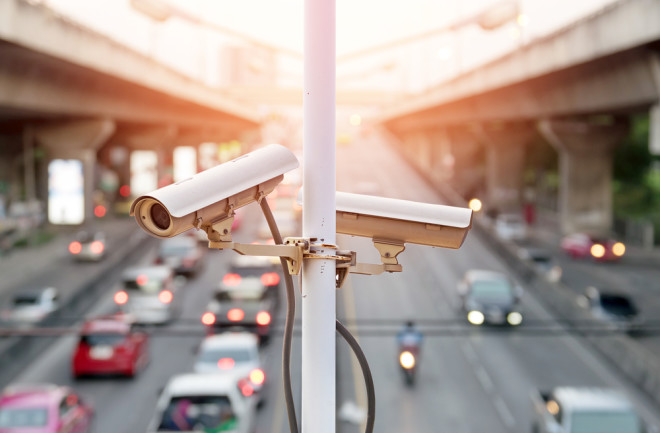 In the last decade, the number of surveillance cameras that watch our city streets has dramatically increased. In most city centers, it’s hard to walk more than a few meters without spotting another camera. We are constantly being watched.

But how does the level of surveillance vary from one city to the next? And where is the highest density of camera coverage, or in other words, where are the surveillance camera capitals of the world?

Now we get an answer thanks to the work of Hao Sheng and colleagues at Stanford University in California. This group has counted the number of cameras visible in Google Street View images in 10 US cities as well as 6 other large cities around the world.

The results suggest that Seoul, the capital of South Korea, has the highest density of surveillance cameras in the world with Boston topping the charts in the US. The results also suggests that in the US, neighborhoods with a higher share of non-white residents are more heavily monitored than others.

The team exploited Google’s Street View service, which has been gathering 360-degree images of roads and neighborhoods since 2007. In this time, Google says its Street View cars have racked up more than 10 million miles in 83 countries, taking images of roads as well as the houses, shops and buildings that line them. These images include many visible surveillance cameras.

Of course, combing through this vast database is impossible for human eyes. So Sheng and colleagues trained a machine vision algorithm to spot cameras in 1.6 million randomly selected images from 16 cities. This revealed the density of cameras along the roads involved and how this varied from one area to another. The team then used these figures to estimate the number of cameras in the city as a whole.

The cities with the highest density of cameras turns out to be Seoul with almost 1 camera every kilometer. This is followed by Paris, Boston, New York City and Baltimore. At the other end of the scale, Los Angeles, Seattle and Singapore have the lowest density in the survey, with LA having only 0.16 cameras per kilometer. “Among U.S. cities, our analysis also shows that cameras are more likely to be found in industrial, commercial, and mixed zones as compared to residential areas,” say the team.

In the US, there was also a clear trend in non-white neighborhoods. “We find a greater concentration of cameras in majority-minority neighborhoods, highlighting the need to carefully consider the potential disparate impacts of surveillance technology on communities of color,” say Sheng and colleagues.

The survey has some limitations. For example, Sheng and co say that their method misses cameras that are obscured, deliberately hidden or too small to see (such as some doorbell cameras). So the numbers they find are likely to represent a lower limit. Higher resolution images, should Google make them available, could improve the count in future.

The results throw up at least one surprise. London, long considered the CCTV capital of the world, sits mid-table in the rankings with just 0.45 cameras per kilometer. That’s a surprise because the city’s financial district, known as the City of London, has long been known for its CCTV surveillance which was set up in the 1990s after a series of terrorist bomb attacks.

Known as the Ring of Steel, it operates cameras at every entrance and exit to the city with numerous cameras inside the cordon. All feed images to a central control room that pioneered number plate and face recognition technologies. Most business premises in the city also operate their own video surveillance.

Given that the City of London occupies a single square mile, the 0.45 cameras per kilometers seems something of an underestimate. But since all cities in this study were measured in the same way, others have clearly caught up.

So next time you’re out for an urban walk, remember to smile; you’re probably on TV.