The end of IE; the rise of Chrome

A comment below prompted me to recheck the browser stats on the web. People are now starting to give Google crap for not having really hit the jackpot on anything since Gmail, especially after the flubs with Google Wave and Buzz, and the mixed reviews at best for Google+. But it looks like Chrome may actually reach a plural majority this year. Back in the day (i.e., 1990s) control of the majority browser share was actually a big deal. My earlier hunch that eventually Chrome will start eating into IE's user base more than Firefox's seems to be panning out. 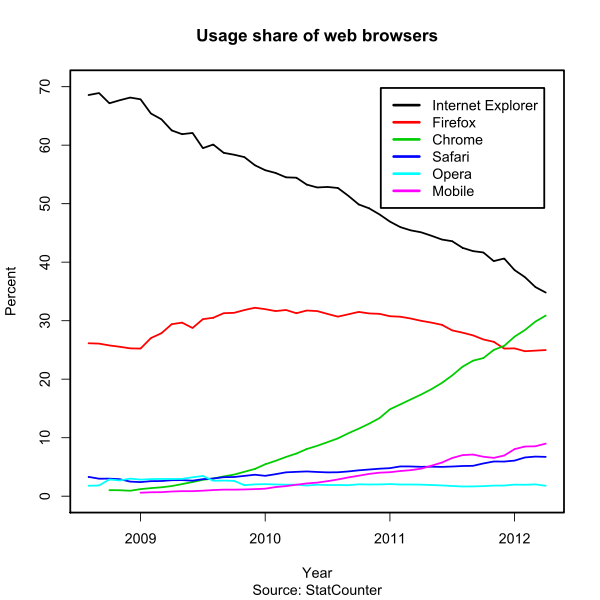 He's a similar chart from the w3schools website (because it's a tech oriented site IE automatically suffers a penalty, but the overall trends are similar): 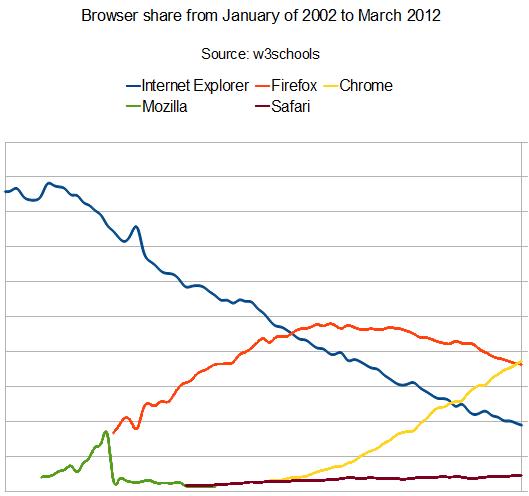