The Element That Shaped Our World 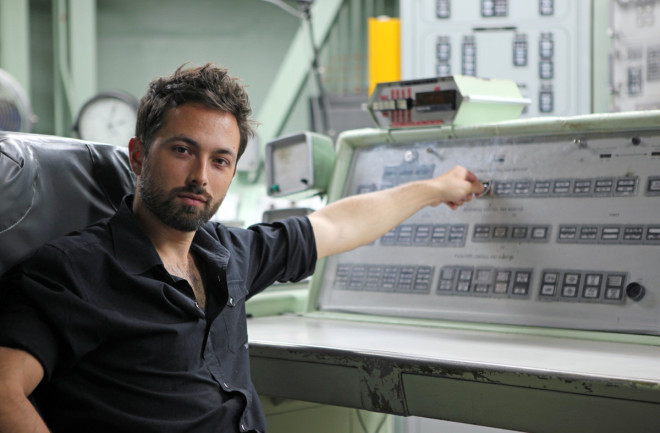 His travels included the ghost town of Pripyat, Ukraine, near the site of the 1986 Chernobyl disaster, a uranium mine in Australia’s remote Kakadu region and Marie Curie’s old lab in Paris. Muller chatted with Discover Senior Associate Editor Gemma Tarlach about the world’s most controversial element.

Q: Telling uranium’s story in two hours is ambitious. Where do you start?A: We go back more than 5 billion years to this rock’s source, an exploding supernova. The rock contains that trapped energy. So when you detonate a nuclear weapon, for example, you’re releasing energy that’s been trapped for billions of years.

Q: What makes the discovery of uranium so significant, in a nutshell?A: With its discovery, our understanding of matter shifted. Things we thought were inert rocks were really powerful energy sources. It’s mind-blowing to think of how one element has shaped the modern world. Uranium has a strong yin yang. It’s the most destructive power on Earth, but when it splits into pieces, or fissions, it can be used to diagnose and treat cancer.

Q: There’s a segment where you explore the derelict Pripyat hospital, abandoned shortly after the Chernobyl disaster. Workers and firefighters who suffered acute radiation poisoning died there, and as you walk past their belongings, still in situ 29 years later, your Geiger counter crackles wildly. Was that the most memorable moment during filming?A: That experience at Pripyat was incredibly memorable, but so was being out in the New Mexico desert, where the first nuclear weapon was dropped. You could still find pieces of green glass that had been melted by the blast, 70 years after it went off. And they were still radioactive. It was a powerful place to be.

Q: How does the show tackle the debate about nuclear power?A: The film doesn’t have an agenda. [But] it is a super-divisive issue. What we can say for sure about nuclear power is that it doesn’t produce carbon dioxide, which is an important thing today. And, after the initial capital investment, it’s cost effective and economical to run. But there are other issues: the question of waste storage and weaponization, which are not quantifiable. There’s a big gap in the research that could have been done in the ’80s and ’90s, but that didn’t happen because of Chernobyl.

Q: What kind of research should have been done?A: Research into small, modular designs that could be mass produced at lower cost, and reactor designs that are walkaway safe — they shut themselves down, with no risk of explosion. One of the young researchers I met while filming — I don’t think she’s even 30 — joked that there are young nuclear engineers and old nuclear engineers, and no one in the middle. I do believe that has set the industry back.