The 'Driverless' Car Era Began More Than 90 Years Ago 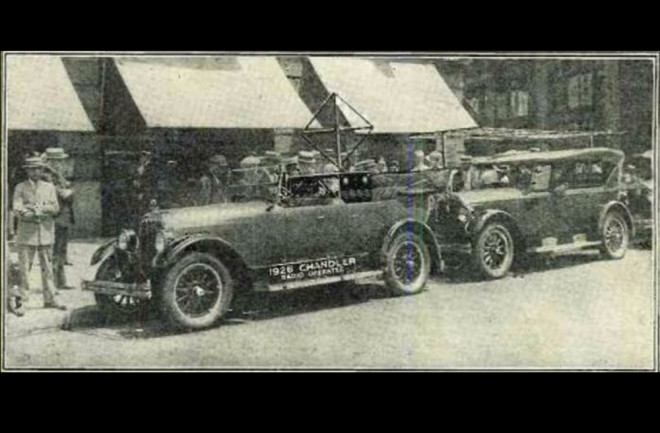 Depending on the vehicle manufacturer, you’ll get a different year for the big roll-out of fully autonomous vehicles. General Motors plans to launch them in big cities by 2019.

Ford says it will have a fully autonomous vehicle in commercial operation by 2021.

Google’s self-driving operation, Waymo, announced last month that its autonomous vehicles are ready to fly solo—sans a test driver babysitter—in an area of the Phoenix metro region. Numerous other technology and automotive companies are hot on the trail, as well.

Regardless of when society relinquishes the driver’s seat to algorithms and LIDAR, we’re fast closing in on a new chapter of transportation. But this pursuit of self-driving vehicles wasn’t a sprint; rather, it’s been a marathon that unofficially began in 1925: the year a driverless car rolled down the streets of New York City.

It was a magical accomplishment, in more ways than one.

We say the driverless car era unofficially began in 1925, because four years prior, the military unveiled a working, radio-controlled car that was rolled out on the streets of Dayton, Ohio in 1921. The “car” was a three-wheeled, coffin-like proof-of-concept that looked like it was more suited to carrying yard clippings than passengers. If you want to be super technical, the first unmanned ground vehicle was a radio-controlled tricycle constructed by Leonardo Torres-Quevedo in 1904.

But the demonstration that captivated the public’s attention (as well as a noted magician’s), and unofficially ushered in the driverless car era, came in 1925.

The Houdina Radio Control Co., a radio equipment firm, was founded by former U.S. Army electrical engineer Francis P. Houdina (that was indeed his name, a detail to keep in mind for later). From the get-go, he had his sights set on transportation, and he built what’s believed to be the first radio-operated automobile. He rigged a 1926 Chandler sedan with a transmitting antenna, and the radio signals it received operated small electric motors that controlled the vehicle’s speed and direction. A crew trailing closely behind in a second vehicle controlled the phantom Chandler.

In the summer of 1925, Houdina’s driverless car, called the American Wonder, traveled along Broadway in New York City—trailed by an operator in another vehicle—and down Fifth Avenue through heavy traffic. It turned corners, sped up, slowed down and honked its horn. Unfortunately, the demonstration ended when the American Wonder crashed into another vehicle filled with photographers documenting the event.

According to the New York Times:

“It was at Forty-third Street that a crash into a fire engine was barely averted. The police advised Houdina to postpone his experiments but after the car had been driven up Broadway, it was once more operated by radio along Central Park drives.”

Variations of Houdina’s magic car were showcased years later on city streets around the country, generating buzz wherever they drove. In June 1932, a driverless car stole the show at the Fredericksburg, Virginia Bigger Bargain Day event. Here’s a not-so-objective preview that appeared in the Fredericksburg Free-Lance Star:

“One of the most amazing products of modern science will be demonstrated in Fredericksburg next Saturday, June 25, when the “Phantom Auto” will be piloted through the streets of the city without a driver or occupant, with no one touching it and with no wires or strings attached to it.

It sounds unbelievable but it is true that the driverless car will travel about the city through the heaviest traffic, stopping, starting, turning, sounding its horn and proceeding just as though there were an invisible driver at the wheel.

The effect is uncanny and mystifying and the complete demonstration is one of the most spectacular street events possible.”

As you can tell, people were pretty pumped. As it often happened, these phantom cars were deployed around the world as advertising gimmicks, and safe driving campaigns. Indeed, in a 1935 care safety film, Chevrolet was conjuring images of Utopian roadways filled with autonomous vehicles that obeyed all the rules of the road. Even then, it was believed that a driverless car was the safest car. It was not only technologically achievable, it was a moral imperative.

But back to Houdina, and all of those allusions to magic.

As Houdina’s invention gained acclaim, the electrical engineer’s fame collided with another: the equally uncanny, mystifying magician Harry Houdini. Mr. Houdini was none too pleased that his name was strikingly similar to Houdina’s brand of magic. And what sent Houdini over the edge? Houdina was apparently receiving some of Houdini’s mail.

In July 1925, on the heels of that famous demonstration, a summons was issued for Houdini’s arrest. Apparently, Houdini and his secretary Oscar Teale had broken into the offices of Houdina Radio Control Co., accusing it of using Houdini’s name “unlawfully in the conduct of their business.” Things escalated…quickly.

According to the New York Times, Houdini:

“…Tore from a packing case a tag addressed “Houdini,” the complaint says, and when ordered to return it refused, seized a chair and broke an electric chandelier when they tried to prevent him from leaving the room.”

Houdini, ever the escape artist, allegedly punched his way out of Houdina Co. Indeed, Houdini was charged with disorderly conduct, but it was later dropped because a Houdina manager, George Young, failed to appear in court.

So, there you have it, the wild and wacky origins of the first driverless car. But tracing the arc of history back some 90 years shows that we’ve always held autonomous driving on a high pedestal, and we’ve been heralding the benefits of an autonomous future with the same gusto as we were back then. We can only hope the future will be just as colorful.