The Curse of Certainty in Science v. Religion 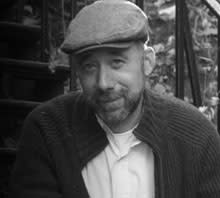 Seattle may be the most beautiful city in the country (oh New York do not worry—I still love thee). I did my graduate work here in the physics department, and it’s always a little hard to come back because it is just so green and groove-o-tronic (so does everyone here need a tattoo sleeve now?). In spite of my heartsickness, I have been lucky to have the chance to give a bunch of talks here on science, religion, and many topics in between. The Pacific Science Center holds a vibrant Science Café in a pub near the Seattle Center. I gave a presentation on time and cosmology there to a very engaged, very thoughtful audience on Tuesday. It's a topic that clearly washes up against the shores of mythology and religion, and we all made the most of it. On Wednesday I spoke with Steve Sher on KUOW, a wonderful NPR station here in the emerald city. In both cases the issue of certainty came up for me. Steve Sher is both funny and insightful. His questions pushed me to spend much of the day reflecting on the role of, and desire for, certainty in both science and religion. Certainty, I think, is the problem. Not in individual scientific work, of course—I really want to be certain that the massive astrophysics simulation code my research group has been working on for the last 7 years accurately reproduces the physics of stellar blast waves and turbulent star forming clouds (two of the topics we work on). And my colleagues at the University of Rochester want to be absolutely certain that the detectors they developed for the Spitzer Space Telescope function exactly as planned. With each investigation we undertake, and each paper we write, we want and need as much certainty as possible. That is a given. Certainty becomes a problem when people are looking for some kind of ultimate all-encompassing answer. That is where the science v. religion debate becomes important. When religious institutions demand rigid adherence to dogmas and creed in the name of certainty, scientists like me—used to open-ended discourse and discovery—rightly cringe. But when, in the name of science, the argument is made that all truth must follow from a narrow reductionism, others with broader views cringe. When science becomes scientism in the name of certainty, some essential creative response to the world is lost, just as it is in the rush to religious dogma. In both cases, certainty can be seen as reaction. It can be really scary out there, and in response, people want to something "Big" to hold on to. As a species, I think we have a choice bearing down us, and which choice we make will likely determine our fate. The harder we clamp down in the name of certainty, the more likely we are to end up with unyielding intolerance in one form or another—which is not likely to help much with the large, looming and potentially lethal challenges we face.