Hi-res X-rays can peer inside meteorites, cavemen, and cell phones. 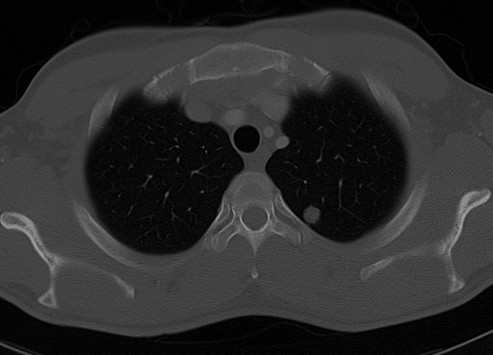 Today, computed tomography (CT) scans are a staple of medicine, giving doctors a glimpse of one's insides without having to cut someone open. Generated by collecting hundreds of x-rays around one axis of rotation, the scans are compiled to give an in-depth snapshot of the body's insides, like this scan of a patient's upper chest, showing the shoulder blades, part of the spine, and both lungs.

CT scans were originally referred to as EMI scans since they were developed by at EMI's Central Research Laboratories in Hayes, England, by Sir Godfrey Hounsfield. His work on the CT scanner was indirectly bankrolled by the Beatles, whose singles were making EMI a fortune in royalties at the time. 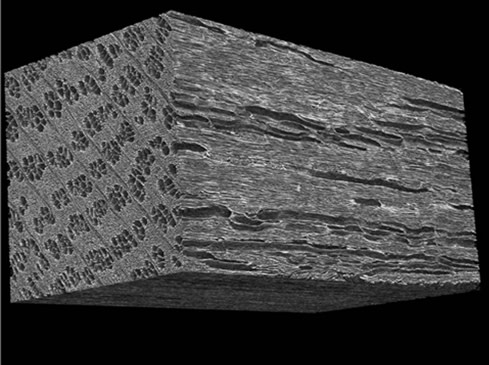 Here is a micron-size cube from the wood of an Elm tree. This miniscule cube was scanned to study the three-dimensional vessel structure and the micro-scale morphology of the wood. Wood scans can also be used to model sap-flow simulations, to study fungus development, and even to model the penetration of paint layers.