The collapse of Myspace and its legacy 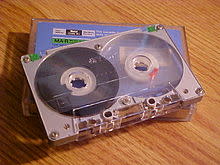 BusinessWeek's The Rise and Inglorious Fall of Myspace is a compelling read. But a huge piece of the puzzle which I thought was omitted was that Myspace was incubated in the short term bottom-feeder world to begin with, so the later fixation on revenue now rather than a long term vision may simply have been part of its original DNA. See this Planet Money podcast, MySpace Was Born Of Total Ignorance. Also Porn And Spyware, for what I'm talking about. As it is in the BusinessWeek piece Chris DeWolfe just tries to blame News Corp. Remember that DeWolfe and Tom Anderson sold out to Rupert Murdoch, while Mark Zuckerberg was uninterested in an immediate cash windfall. As far as the long term impact of Myspace I notice that the Urban Dictionary entry for 'myspace angle' is still more fleshed out than 'facebook angle', so the word "myspace" might still get preserved in this manner. In this way Myspace may resemble the audio cassette, which is still haunting our culture as the "mixtape". Not surprisingly some young people are totally unaware that the tape portion actually refers to cassette tapes, since that technology was before their time.