What is the Cloud and Where Is It?

Clearing the fog from our digital future. 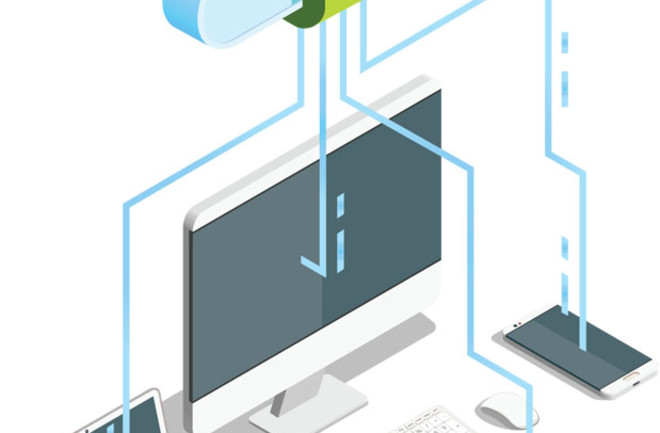 Billions of people use the internet every day, from posting Facebook photos to checking their bank accounts. Much of that happens in the cloud. But what is it, really?

Many believe the cloud is the internet, but it’s “really nothing more than a connection mechanism,” says David Linthicum, a cloud expert and chief cloud strategy officer at Deloitte Consulting. Among information technology circles, the cloud is simply shorthand for “someone else’s computer.” You can manage and store your content (music, photos, data) from anywhere, using the internet to access servers in vast data centers — literally, other people’s computers.

Apple’s massive new data center is in Mesa, Arizona, not far from Phoenix. These behemoth buildings are often built in places where real estate is relatively cheap. (Credit: Jim Todd/Reuter)

Gone are the days of buying expensive software and worrying about having enough space on your device. Rely on Uber for rides? Love scrolling through your grandkids’ Facebook pics? Without the cloud, such apps couldn’t exist. “Those don’t exist on your phone. They exist in some data center,” says Linthicum. “That’s the beauty of [the cloud] because you don’t even know that it’s there.”

Best of all? You don’t have to understand it to use it. You can leave that to service providers like Amazon, Google, IBM and Intel, which have invested heavily in cloud computing for both individuals and companies.

Three Layers of the Cloud

Software as a Service (SaaS) You interact with this one the most. SaaS lets users pay cloud providers to completely handle the back end part of their apps. Any public website that can also be an app falls under SaaS, like Google Docs, Gmail and Microsoft 365.

Infrastructure as a Service (IaaS) This allows businesses to rent the equipment necessary to support the cloud. Companies maintain control over their software but leave the equipment, storage and maintenance to IaaS providers like Amazon Web Services, Microsoft Azure, Google Cloud and Alibaba.

Platform as a Service (PaaS) Geared toward software developers, PaaS providers offer a remote platform — free from a company’s own computers — to quickly build the cloud services and apps we all enjoy. Engine Yard is one example.

Origins of the Cloud

Cloud computing didn’t come from a single event or person. Several computer scientists in the 1950s and ’60s laid out its basic concepts, but it was the rise of accessible high-speed internet in the 2000s and the drive for efficiency that ushered in the cloud era. As for the name itself? Some report Google and Amazon using the term cloud computing in 2006, while MIT Technology Review discovered a 1996 Compaq business plan including the phrase.

Stacks of server racks line a Google data center in Mayes County, Oklahoma. You tap into sites like this one when you search online or send messages through Gmail. | Google

All over the world, data centers — some big enough to cover 10 football fields — house thousands upon thousands of computers called servers that act as the middleman. When you click on a Facebook post, they process your request and serve up the content.

Storing data in the cloud means relinquishing control to “other people’s computers,” and that’s scary. But the cloud is safer than you think. Public providers like Google and Linux employ hundreds of people just to maintain and secure the cloud. So your data often is more secure in the cloud than in the hands of smaller companies that keep their data on-site. That’s not to say the cloud can’t be hacked; serious vulnerabilities called Spectre and Meltdown made headlines earlier this year because they affect virtually all computers, including servers.

Many cloud providers automatically turn your information into code, called encryption, before the data hits their servers. If they don’t, you can find third-party tools online that’ll do the trick. And as a standard rule of thumb, always create strong passwords to avoid getting hacked. “Security is only as good as the brainpower of the people who own the accounts,” Linthicum says.