The Best Calculator Ever

I've written before about my husband's affection, or rather, obsession with Apple. Like all good converts, he feels compelled to proselytize, particularly about my perceived need for an iPhone. "But honey, you can check your email!" "Hey look! Google Maps knows where you are!". I remain unconvinced. However, the other day, he nearly got me: "Did you know it can emulate the HP-15C?" Be. Still. My. Heart. The HP-15C is simply the finest piece of handheld computing technology ever. (Take that Steve Jobs). I got my first 15C back in high school, and it was the only calculator I used for the next couple of decades. I could operate it in the dark. I lost it in an airplane seat back pocket and have never gotten over it.

I suppose in the intervening years we've gotten used to irrational devotion to electronic gadgets, but the 15C had to have been one of the first targets, at least in geeky circles. If you mention the 15C to a nerds of a certain age, our eyes grow misty at the utter perfection of it. It was a calculator that simply got everything right. The genius of the 15C is multifold. First is the form factor. It's essentially the same as an iPhone, held in landscape mode, with a nice weight that fits well in the hand. The buttons are large and well separated, and there are no more or no fewer than you could want. (In comparison, modern HP calculators are crammed with a thicket of unusable little buttons. Ick.) Second is the glory of reverse polish notation. The 15C operates with a memory stack, which when operating with RPN allows you to perform complex calculations with no need for parentheses. Third is the 15C's unnatural durability. A former dog of mine literally mangled a friend's 15C, and it continued to work in spite of the large teeth marks denting the keys. Fourth (and most critical for getting me through years of physics labs and observing runs) was that it's programmable. That's no big deal these days, but huge in the early 80's. Spreadsheets were hardly widespread, and when one timed balls going down ramps or any other such repeated trial, doing repetitive calculations was a breeze on the 15C. Now, am I alone if my love for the 15C? No, indeed. On Ebay, a 15C in good shape can go for hundreds of dollars. (And if you buy one, it'll still work. I'm guessing one will not say the same about the iPod in 30 years.). There's an on-line petition begging HP to bring the 15C back. And, there are people out there writing emulators for it to run on the iPhone. If you ever see me with an iPhone, this will be why. 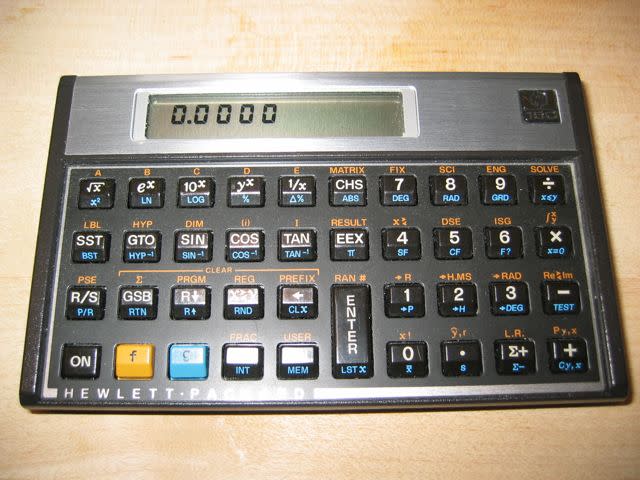 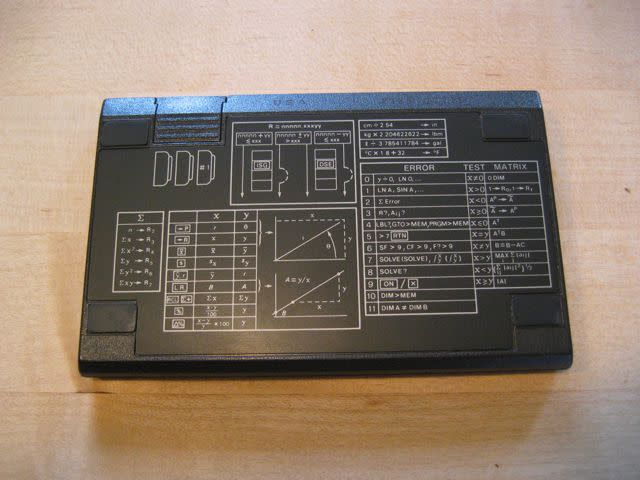