The Army's Bold Plan to Turn Soldiers Into Telepaths

The U.S. Army wants to allow soldiers to communicate just by thinking. The new science of synthetic telepathy could soon make that happen 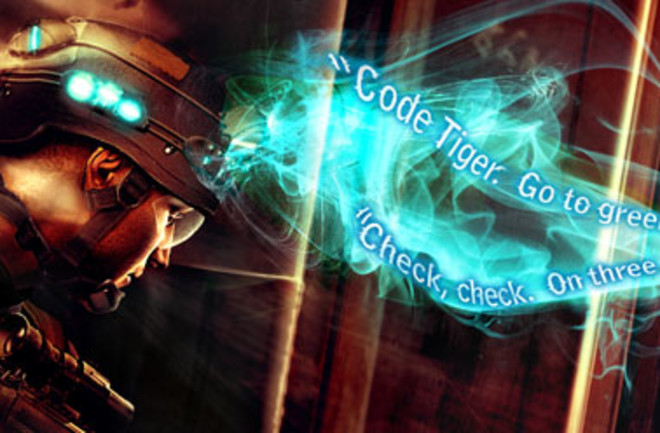 On a cold, blustery afternoon the week before Halloween, an assortment of spiritual mediums, animal communicators, and astrologists have set up tables in the concourse beneath the Empire State Plaza in Albany, New York. The cavernous hall of shops that  connects the buildings in this 98-acre complex is a popular venue for autumnal events: Oktoberfest, the Maple Harvest Festival, and today’s “Mystic Fair.”

Traffic is heavy as bureaucrats with ID badges dangling from their necks stroll by during their lunch breaks. Next to the Albany Paranormal Research Society table, a middle-aged woman is solemnly explaining the workings of an electromagnetic sensor that can, she asserts, detect the presence of ghosts. Nearby, a “clairvoyant” ushers a government worker in a suit into her canvas tent. A line has formed at the table of a popular tarot card reader.

Amid all the bustle and transparent hustles, few of the dabblers at the Mystic Fair are aware that there is a genuine mind reader in the building, sitting in an office several floors below the concourse. This mind reader is not able to pluck a childhood memory or the name of a loved one out of your head, at least not yet. But give him time. He is applying hard science to an aspiration that was once relegated to clairvoyants, and unlike his predecessors, he can point to some hard results.

The mind reader is Gerwin Schalk, a 39-year-old biomedical scientist and a leading expert on brain-computer interfaces at the New York State Department of Health’s Wads­worth Center at Albany Medical College. The  Austrian-born Schalk, along with a handful of other researchers, is part of a $6.3 million U.S. Army project to establish the basic science required to build a thought helmet—a device that can detect and transmit the unspoken speech of soldiers, allowing them to communicate with one another silently.

As improbable as it sounds, synthetic telepathy, as the technology is called, is getting closer to battlefield reality. Within a decade Special Forces could creep into the caves of Tora Bora to snatch Al Qaeda operatives, communicating and coordinating without hand signals or whispered words. Or a platoon of infantrymen could telepathically call in a helicopter to whisk away their wounded in the midst of a deafening firefight, where intelligible speech would be impossible above the din of explosions.

For a look at the early stages of the technology, I pay a visit to a different sort of cave, Schalk’s bunkerlike office. Finding it is a workout. I hop in an elevator within shouting distance of the paranormal hubbub, then pass through a long, linoleum-floored hallway guarded by a pair of stern-faced sentries, and finally descend a cement stairwell to a subterranean warren of laboratories and offices.

Schalk is sitting in front of an oversize computer screen, surrounded by empty metal bookshelves and white cinder-block walls, bare except for a single photograph of his young family and a poster of the human brain. The fluorescent lighting flickers as he hunches over a desk to click on a computer file. A volunteer from one of his recent mind-reading experiments appears in a video facing a screen of her own. She is concentrating, Schalk explains, silently thinking of one of two vowel sounds, aah or ooh.

The volunteer is clearly no ordinary research subject. She is draped in a hospital gown and propped up in a motorized bed, her head swathed in a plasterlike mold of bandages secured under the chin. Jumbles of wires protrude from an opening at the top of her skull, snaking down to her left shoulder in stringy black tangles. Those wires are connected to 64 electrodes that a neurosurgeon has placed directly on the surface of her naked cortex after surgically removing the top of her skull. “This woman has epilepsy and probably has seizures several times a week,” Schalk says, revealing a slight Germanic accent.

The main goal of this technique, known as electrocorticography, or ECOG, is to identify the exact area of the brain responsible for her seizures, so surgeons can attempt to remove the damaged areas without affecting healthy ones. But there is a huge added benefit: The seizure patients who volunteer for Schalk’s experiments prior to surgery have allowed him and his collaborator, neuro­surgeon Eric C. Leuthardt of Washington University School of Medicine in St. Louis, to collect what they claim are among the most detailed pictures ever recorded of what happens in the brain when we imagine speaking words aloud.

﻿Those pictures are a central part of the project funded by the Army’s multi-university research grant and the latest twist on science’s long-held ambition to read what goes on inside the mind. Researchers have been experimenting with ways to understand and harness signals in the areas of the brain that control muscle movement since the early 2000s, and they have developed methods to detect imagined muscle movement, vocalizations, and even the speed with which a subject wants to move a limb.

At Duke University Medical Center in North Carolina, researchers have surgically implanted electrodes in the brains of monkeys and trained them to move robotic arms at MIT, hundreds of miles away, just by thinking. At Brown University, scientists are working on a similar implant they hope will allow paralyzed human subjects to control artificial limbs. And workers at Neural Signals Inc., outside Atlanta, have been able to extract vowels from the motor cortex of a paralyzed patient who lost the ability to talk by sinking electrodes into the area of his brain that controls his vocal cords.