People have been sticking nanoparticles up their noses for years. 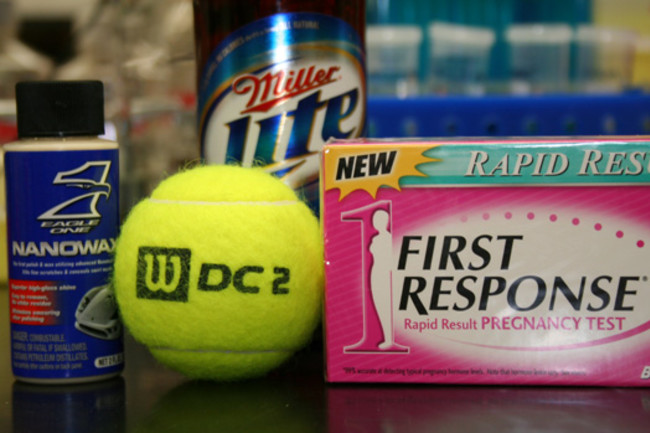 The world is awash in nanomaterials, but they are not the self-replicating specks that turn the world to gray goo in science fiction novels. Instead, they are exotic substances that lend their unique properties to a wide variety of ordinary-seeming products, from gauze to tennis balls. 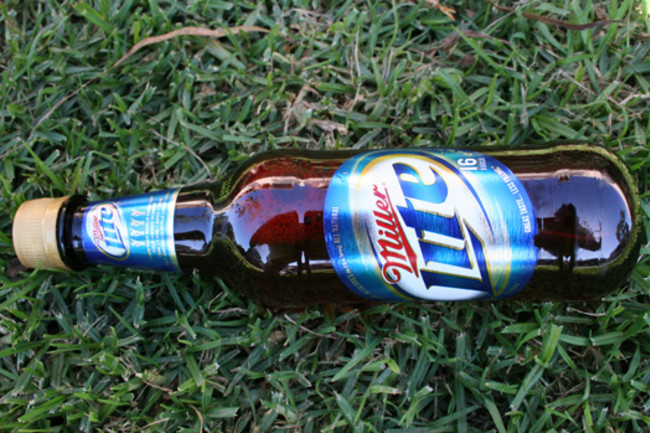 Drunken mobs can do some serious damage with glass beer bottles. In many places, like the ballpark, brittle containers are an unacceptable safety hazard. To cut down on the calamity, plus reduce manufacturing costs, some beverage companies have turned to exotic materials.

Clay nanoparticles allow Miller Brewing to bottle its beer in plastic containers. The tiny reinforcements keep oxygen out and hold carbon dioxide in, which prevents the brewed beverage from spoiling. But consumer activists are concerned that nanoparticles in food packaging could also be a safety concern, even if they do come from something as innocuous as dirt. 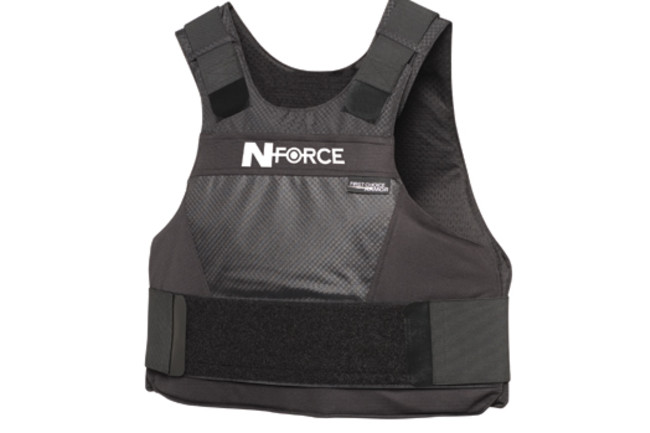 When a heavy bullet slams into soft body armor, it can cause a lot of damage even without penetrating the fabric. If that armor is coated with Nanorepel, the force will spread out over a much wider area, in effect cushioning the blow. At the moment of impact, a thin layer of organic molecules on the surface of each fiber freezes up, locking the sturdy strands in place. A company called First Choice Armor is using that technology in its N-Force line of vests, which hit the market in the summer of '08. 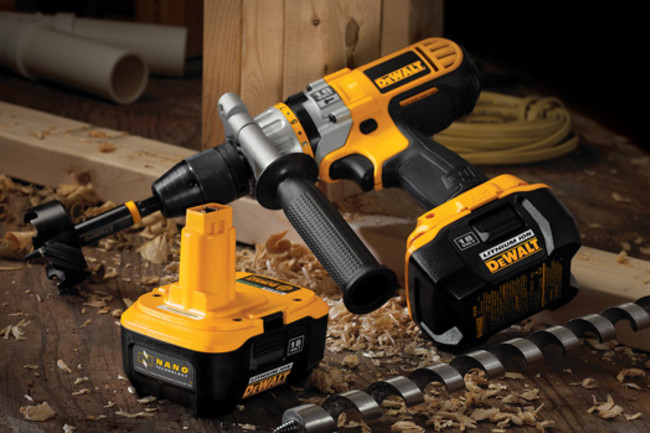 As an everyday rechargeable battery releases energy, lithium ions wiggle out from a cobalt oxide cathode and race through a membrane to a carbon anode. Those devices are low in power, wear out quickly, and run the risk of catching fire or exploding.

MIT researcher Yet-Ming Chiang solved all of those problems by replacing the positive electrode with nanoparticles of a new material, lithium iron phosphate, which allows the ions to swiftly slip out and return just as quickly during a recharge cycle. Black and Decker and DeWalt have started using the batteries in high-end power tools, and they may appear in the Chevy Volt electric car by 2010. 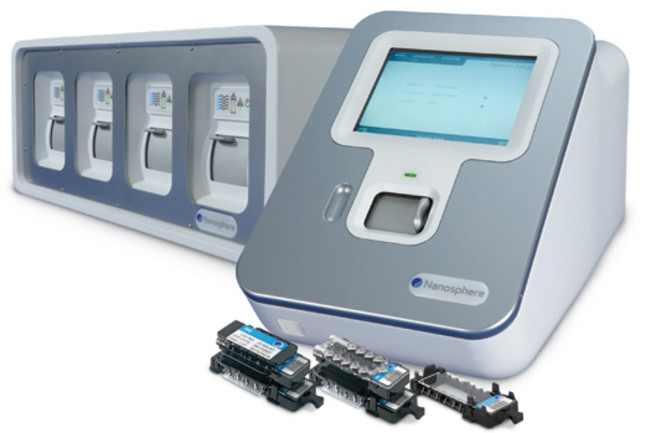 In the near future, doctors hope to be able to perform sophisticated blood tests with the push of a button. That revolution in medical diagnostics could be made possible by products like the Verigene system, which uses DNA-coated gold nanoparticles to identify telltale proteins and important genes. Last year, the FDA gave Nanosphere the go-ahead to sell a genetic test, based on the Verigene system, that lets physicians predict how well their patients will respond to the anticoagulant drug warfarin. Choosing the right dose of that medication is notoriously tricky, but the additional information should make it much easier. 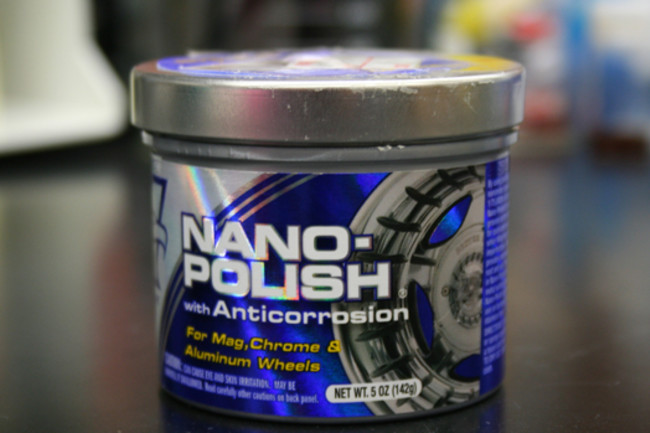 If you coat your car in an ordinary polish, it will be covered with swirl marks and possibly an unsightly gloss or haze. By formulating their product with bits of carnauba (palm-tree wax) that are only nanometers wide, automotive cosmetics maker Eagle One says it's able to make a coating that always goes on clear. 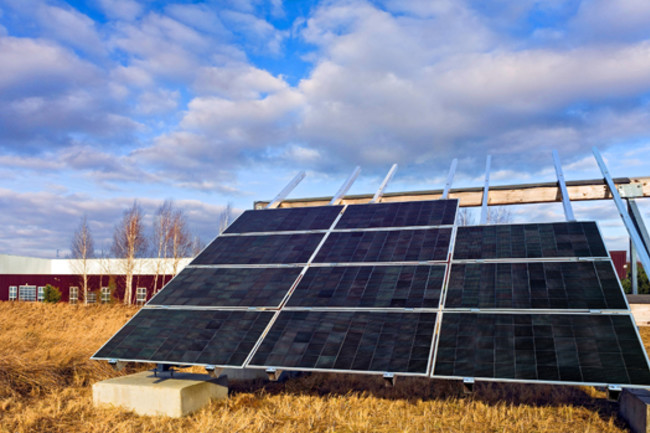 Solar cells are expensive in part because they are hard to make. Most of them are produced in vacuum chambers that use tons of energy to deposit thin layers of semiconductor materials onto a flawless wafer. Nanosolar churns them out at a fraction of the cost by printing nanoparticles on spools of cheap metal foil. The start-up company is currently building larger factories to ramp up production. 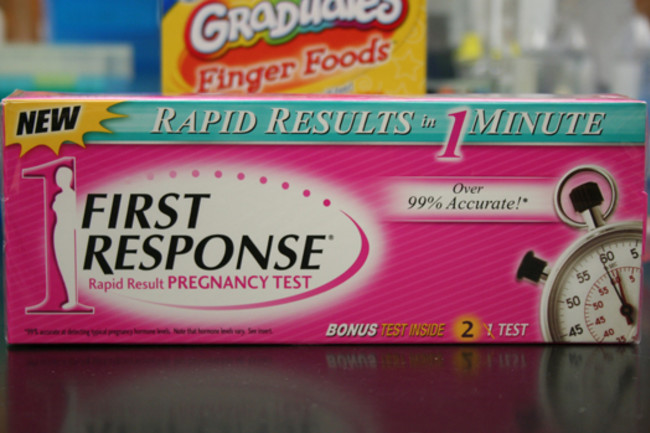 Gold nanoparticles can make the pink "get ready to be a parent" mark on home pregnancy tests much easier to read. When a woman gets pregnant, her body immediately starts making the hormone human chorionic gonadotropin (hCG). As the potential mother urinates into a sample-collection area and the pee migrates to a test strip, some of the antibody-coated gold nanoparticles on the strip latch onto the hCG, migrate up the paper, and collect at an indicator line. If the chemical is not present in her urine, all of the pink nanoparticles will drift up the strip, past the pregnancy-indicator line to a second marker. 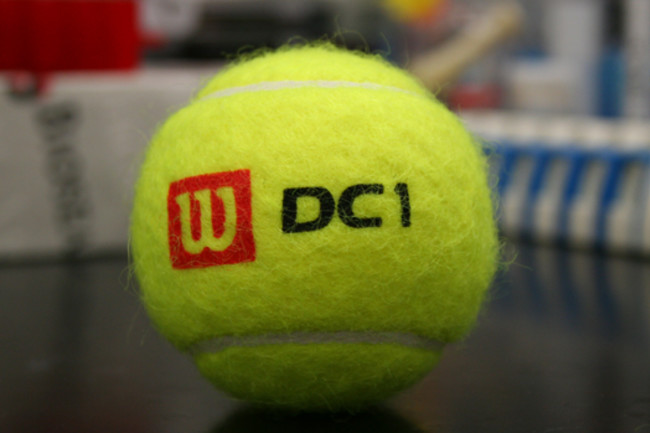 For several years, Wilson Sporting Goods lined its high-end Double Core tennis balls with a composite made from butyl rubber and vermiculite and developed by nanotech company InMat. The clay nanoparticles would spread out like sheets of paper scattered across a floor and keep air molecules from escaping, which kept the balls firm for an unusually long time. But American tennis players didn't want to pay more for a ball that lasted longer, so Wilson discontinued it. 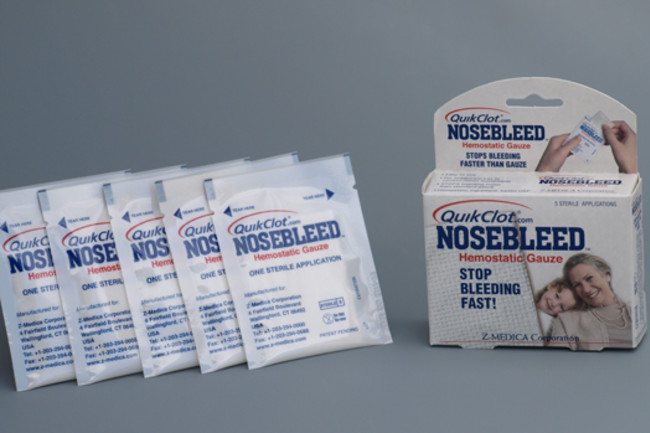 Nosebleeds can last for hours, but a bandage that has been infused with aluminosilicate nanoparticles--just roll it up and jam it in your nose--can stop them almost immediately. The inorganic specks, which are derived from kaolin clay, trigger the body's natural clotting process. For years doctors have used the same substance to test their patients' blood-clotting ability.

Two chemists at the University of California at Santa Barbara, Sarah Baker and April Sawvel, realized that the material could be used to halt severe bleeding. Their mentor, Galen Stucky, filed a patent and worked with Z-Medica to develop a product that can save wounded soldiers. The technology just hit the civilian market this year.