Technology Is Giving Dogs Their Day 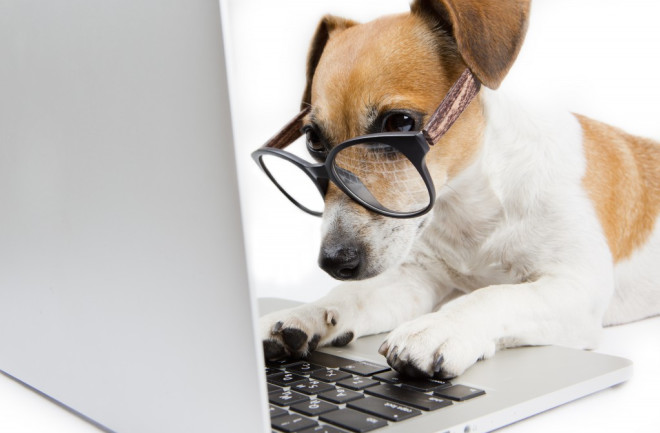 (Credit: fly_dragonfly/Shutterstock) Technology has gone to the dogs. Humans aren’t the only animals who benefit from technology, and the emerging field of animal-computer interactions (ACI) seeks to understand how animals interact with human-made technology in order to adapt tools to animals’ innate characteristics. Devices as varied as touchscreen computers for apes and self-milking machines for cows, for example, have allowed animals to perform complex tasks themselves, proving they are intelligent enough to adapt to new tools. Although animals are the end-users of devices, their needs and limitations are often not taken into account in the design process. Researchers typically focus on designing systems first and seeing how the animals like them after the fact. ACI seeks to turn this practice on its head.

ACI posits animals as both technology users and developers. Researchers are redefining the role animals play as they develop technology for them, measuring their responsiveness and behavior during the process of creating new tools. Clara Mancini, senior lecturer in Interaction Design and head of the Animal-Computer Interaction Laboratory at the Open University in England, is one of the pioneers in this new avenue of research. “Our challenge is to understand how we could see the world from the animals point of view and how we can involve them in the design process so we can develop technology that actually works for them,” says Mancini. Designing devices and software for animals goes beyond making apps for cats; it entails designing products tailored specifically to animals' bodies and behaviors. Of particular interest to researchers are dogs, who already serve as helpers for individuals suffering from vision loss and epilepsy, and whose sensitive noses can sniff out cancer and detect abnormal blood sugar levels. For example, a team of researchers at Georgia Tech’s Animal Computer Interaction Lab is developing vests for dogs that have canine-friendly inputs such as bite pads and levers, as well as touch sensors that dogs operate with their cold, wet noses. Pulling a lever with their mouth or biting a pad would send out a signal or play a message to its human counterpart. Such vests could be used for rescue dogs that need to signal handlers, or helper dogs that need to request human assistance. While these products are developed with dogs’ natural behavior in mind (e.g. biting something), they require a connection between observations and behaviors, such as detecting low blood sugar and biting a pad, that are not instinctive to dogs.

Mancini’s Open University team is working on an interface that would allow cancer-sniffing dogs to communicate more nuanced information to their handlers while also taking dogs’ natural responses to stimuli into account. They have focused on developing signals that are innate to canine behavior, as opposed to human-taught signals such as sitting or staying. The team created a sensor that measures how hard a sniffing dog pushes on a plate covering a sample — more pressure was correlated with more uncertainty. [embed]https://www.youtube.com/watch?v=MyHjq8Od-Xg&feature=youtu.be[/embed] In addition to cancer detection, Mancini’s lab is also developing canine-friendly light switches and door handles that make it easier for helper dogs to assist their human handlers. Some of these controls have already been installed in a building on campus that's used by a graduate student and her mobility assistance dog, according to Mancini. Mancini’s research demonstrates the core principle of ACI, which is to take into account they various ways animals learn and process stimuli. Mancini has also worked to improve the lives of captive pachyderms by designing digital games and toys tailored for their cognitive enrichment. Interactive showers and acoustic instruments played with their trunks are just a few of the concepts they've explored. Ultimately, ACI researchers hope that by being more attuned to the needs of the animals they are designing for, they will gain insights into how animals, and by extension humans, learn and develop. “[We want to] re-imagine what interaction design can do, and re-think what it means to build ‘accessible’ and ’sustainable’ environments for all who live in them,” says Mancini. “I also think ACI can help us understand that what we call 'universal' design goes beyond generalizations of gender, age, race, culture and species, to focus without prejudice on the characteristics of the user whatever these might be.”