Are the First Primate Clones Just the Beginning? 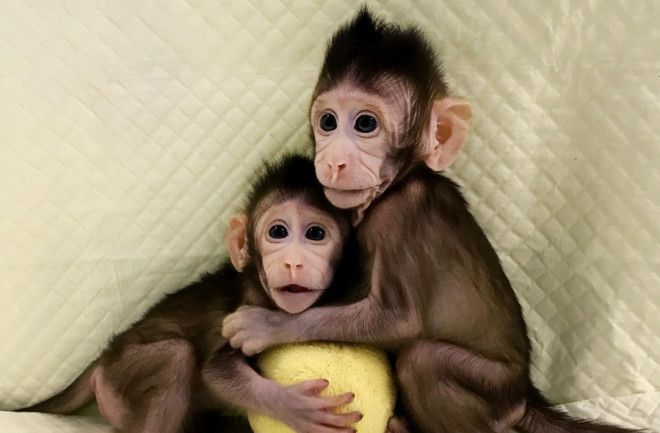 Zhong Zhong and Hua Hua have made medical history as the first cloned primates.

The feat, described in January 2018 in the journal Cell by a team of Chinese scientists, is a milestone for biomedical research. It could potentially lead to the development of new treatments for human disease. But it also makes ethicists nervous about where this all might lead. Do Zhong Zhong and Hua Hua presage the dawn of human cloning?

Born in 1996, Dolly the sheep was the first cloned mammal, and was followed by many more, including dogs, rabbits and pigs. But researchers were unable to clone primates because the genes involved didn’t react well to the procedure. Over the years, a handful of research institutions have tried and failed to birth a live monkey clone.

The successful team, at Shanghai’s Chinese Academy of Sciences, used the same basic method that created Dolly but had failed in subsequent primate cloning attempts. It’s called somatic cell nuclear transfer and involves transferring DNA from adult cells into eggs that have had their own DNA removed. Without the addition of sperm, the eggs are stimulated chemically to develop into an embryo that’s a clone of the DNA donor. The embryo is then placed into a surrogate for gestation.

The researchers modified the approach in two important ways, however. Rather than use adult cells in the DNA transfer, they used fetal cells, which react better to chemical stimuli for embryo development, says Mu-ming Poo, director of the academy’s Institute of Neuroscience and a co-author of the paper. They also fine-tuned the cell transfer process to minimize damage to the eggs.

Because clones are identical, they are useful as animal models, eliminating the genetic variation that can skew results between a test group and a control group. Monkey clones could be used for testing potential treatments for human diseases, from cancer to Alzheimer’s. Researchers could also genetically edit cells of cloned monkeys to model disease progression, says Poo.

As for creating human clones, Poo says the research shows it can be done, but he and his team have no interest. “Besides many technical difficulties that remain to be overcome, we see no justifiable reason to pursue human cloning,” says Poo, “nor would the societies around the world permit such an attempt.”

While human cells may be cloned experimentally, for example to research tissue regeneration, the cloning of an entire human is illegal in more than 70 countries, according to the Center for Genetics and Society. U.S. law does not ban it, but over a dozen states do.

As for Zhong Zhong and Hua Hua, closing in on their first birthdays, they are healthy and living with other lab monkeys their age. “We have not seen any behavioral abnormality,” says Poo.