Smart Bulb Helps You Sleep and Wake on Schedule 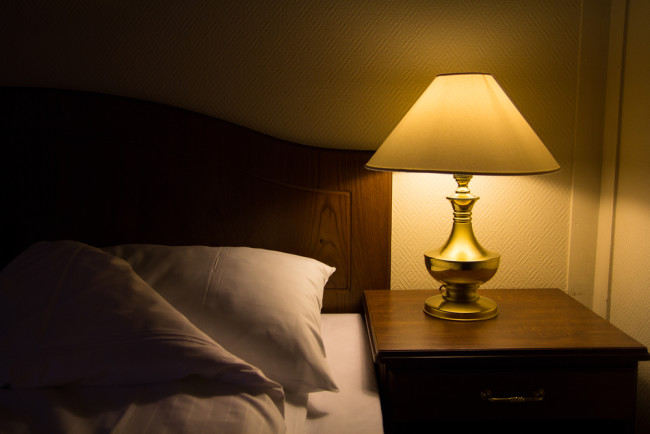 Waking up is hard to do. But a new kind of LED light bulb could help to ease those pesky transitions between night and day by coaxing cooperation out of your melatonin levels.

Melatonin is the hormone in charge of making you feel sleepy, and your levels go up and down on a 24-hour cycle each day. When you wake up bright-eyed and bushy tailed, your melatonin levels tend to be low. But as the day gets longer and the sun starts to go down, the hormone production will ramp up again.

LED to the Rescue

The problem is, if you're a grad student, or you work the night shift, or your bed happens to be on the International Space Station (where the sun rises every 90 minutes), you don't have the luxury of going to bed when the sun goes down. Luckily, a company called Lighting Science has an app for that. 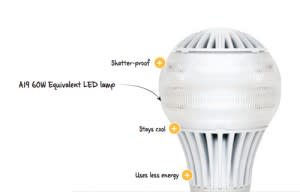 Lighting Solutions' good night bulb is shaped like a regular incandescent bulb, but is much smarter. Image: Lighting Solutions.  Their smart bulb, called Rhythm Downlight, works like this, according to Popular Science

: You program your desired sleep schedule in the app, which syncs up with the specially designed digital LED light bulb. When it's time to ramp up for your next shift, the bulb will emit more light in the blue spectrum, which shuts down melatonin production, helping you to feel awake. But when it's time to crash, the blue light is no more, allowing melatonin levels to switch on and you to drift off. At this point the company produces a pro-wake bulb and a pro-sleep version. The Rhythm Downlight version, which aims to alternate between the two, is due for release this summer.

The technology is similar to lighting planned for the ISS, where sleeping problems are rampant. Most astronauts take sleeping pills but still can't sleep through the night. Lighting Solutions' research director used to work at NASA, according to Mashable,

. The new LEDs could be installed on the ISS by 2015---meaning that this summer could be your rare opportunity to get the space-age technology before even the astronauts do.