In regards to the WikiLeaks story, it seems that: - The explosive stuff is really a shift from assumed understanding to explicit acknowledgment. For example, that Arab nations are just as terrified of Iran's nuclear program as Israel. - The surprising stuff is more funny or strange. More like gossip you wouldn't have guessed, but isn't really that significant in the broad canvas of diplomatic history. Strangely, I sort of think this is of a piece with the recent "Teacher's Union Gone Wild" videos. Basically, the expectation of privacy is disappearing, on the grandest and most mundane scales. In the latter case, a woman was chatted up at a bar, and recorded for hours on end. Unfortunately for her, she used to the N-word, though not even in a offensive context (follow the link). Who hasn't run their mouth off at a bar? Make sure you don't have enemies! Imagine how someone could utilize damaging conversations in office politics. On the grand scale you have problems of coordination across agencies where secrecy and confidentiality are of the essence.

Consider the media. I recently was listening to a radio show where Robert D. Kaplan was talking about the enlightened liberal despot of Oman, Sultan Qaboos bin Said al Said. Oman has Hindu temples, due to the existence of a long-standing Indian minority. But of course Kaplan, being a respectable journalist who would not trade in gossip did not mention that the Sultan partakes of liberality himself, as in Oman it is assumed he is a homosexual (he is divorced and has no children as heirs). In a pre-internet period I wouldn't do so much background checking when it came to politicians and public figures, but now I regularly do so. The personal lives and histories of powerful individuals are often very relevant in assessing how they came to the positions they hold, and the sincerity of their positions. 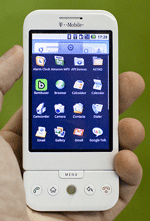 Your life in 30 seconds

This is all almost banal because it has been happening imperceptibly. The WikiLeaks events are notable only in that they're punctuated gushers. But the TSA wants to see you naked, Intelius can verify your age in 10 seconds, and Zillow can tell me how much your home is assessed and how much you purchased it for. Did you donate to a political party recently? Who are you related to? What's your social network presence and how much public information do you have dangling out there? Life in 2010.